So far, the joint venture company has not finalised the location as they are evaluating various sites 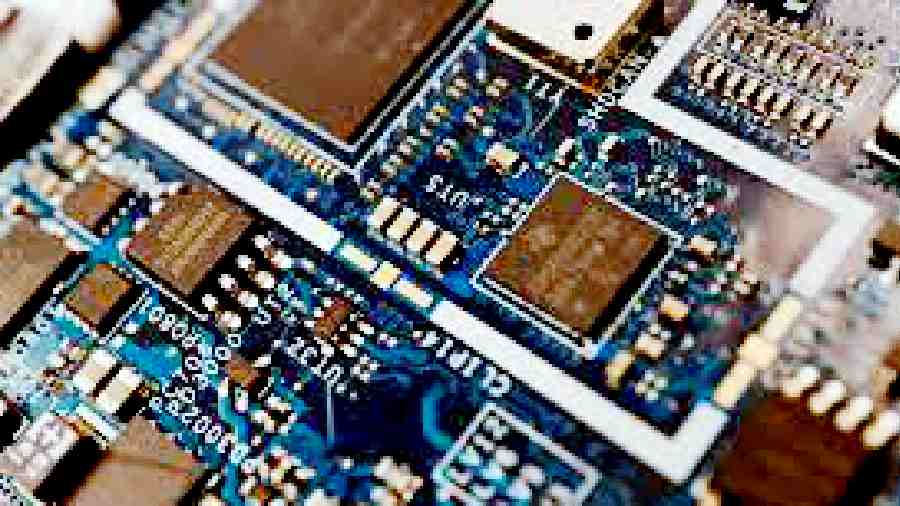 There are many minutethings which need to be keptin mind while locating the site for semiconductor plant.
File Picture
PTI   |   Ahmedabad   |   Published 19.09.22, 03:36 AM

Vedanta and Foxconn have hired experts who are evaluating possible locations for their upcoming semiconductor plant in Gujarat and a site may be finalised in the next couple of weeks, Gujarat science and technology department secretary Vijay Nehra said.

So far, the joint venture company has not finalised the location as they are evaluating various sites in Gujarat based on technical aspects, commercial viability and connectivity to set up the semiconductor and a display fabrication unit in the state, Nehra said.

In the biggest ever corporate investment in the history of independent India, a joint venture of the Vedanta group and Foxconn had on September 14 signed a Memorandum of Understanding (MoU) with the Gujarat government to invest Rs 1,54,000 crore to set up the plant in the state. Nehra had signed the MoU on behalf of the state government.

“Vedanta and Foxconn have hired sector experts who are evaluating possible sites for the upcoming plant in Gujarat. Earlier they were evaluating multiple sites across different countries. In December 2021, when the Centre had announced the ‘India Semiconductor Mission’, they started looking for sites across different states in India (and then selected Gujarat),” Nehra said.

The promoters are now evaluating sites in Gujarat on different technical aspects. “There are many minute things which need to be kept in mind. For example, the production process can get affected due to the vibrations of passing trains. There must not be any vibrations near the plant,” Nehra said.