US has imposed three rounds of tariffs on Chinese products this year, totalling goods worth $250 billion 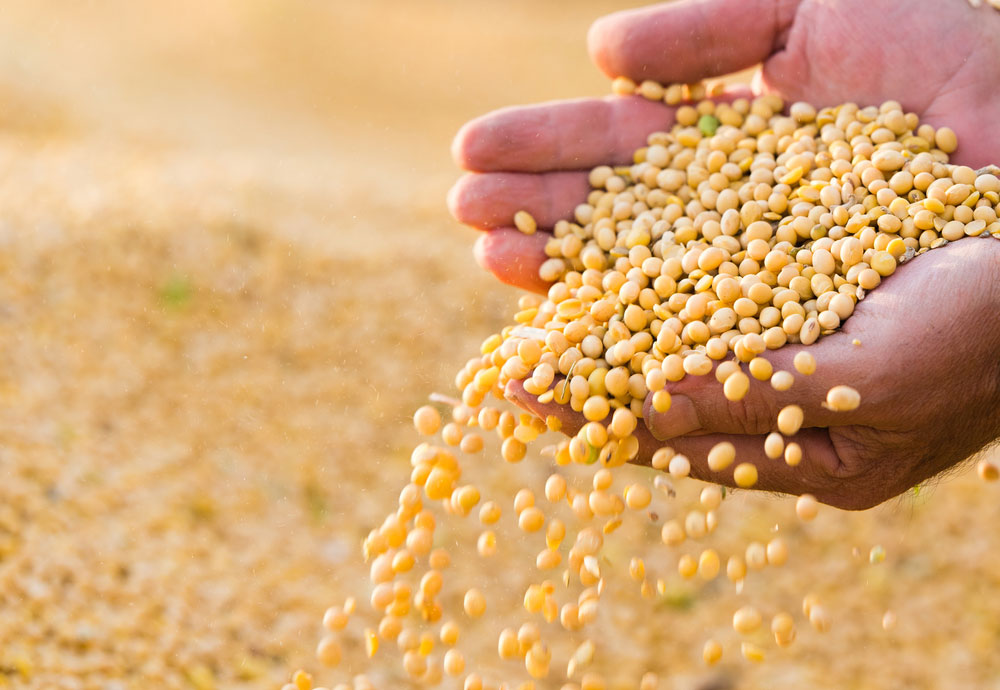 Soybean is one of the items on which China imposed retaliatory duties of 25 per cent against the US in response to similar levies imposed by the Trump administration on Chinese products.
(Shutterstock)
R. Suryamurthy   |   New Delhi   |   Published 18.11.18, 07:47 PM

China, the largest importer of soybean, is likely to open its door for the oilseeds from India following a tariff war with the US. Beijing had recently allowed India to export non-basmati rice, rapeseed and raw sugar to meet its growing demand.

“The modalities to allow the export of soybeans to China is being worked out and an announcement from Beijing could be made very soon,” a senior commerce ministry official said.

Soybean is one of the items on which China imposed retaliatory duties of 25 per cent against the US in response to similar levies imposed by the Trump administration on Chinese products.

The trade war is providing a window to the country’s agricultural products to enter the Chinese markets which will help reduce the trade deficit. The US has imposed three rounds of tariffs on Chinese products this year, totalling goods worth $250 billion, including bags, rice and textiles. Beijing has retaliated with tariffs on US goods worth $60 billion, mostly chemicals, meat, wheat and wine.

China had already cut import tariffs on soybean meals from Bangladesh, Laos, South Korea and Sri Lanka to prepare for more imports from these countries following its reduced purchases from the US. It is buying huge quantities from Brazil to meet its demand.

Beijing had imposed a ban on the import of soybean meals from India in 2012 over sanitary issues. India produces 10-11 million tonnes (mt) of soybean annually. India’s total soybean meal exports jumped to 2mt for oil year 2016-17 (October-September) from 320,000 tonnes the previous year.

Expanding agricultural exports such as soybeans and cotton to China by exploiting opportunities from a global trade war will help cut the deficit, economists at Crisil said.

Closely following soybeans is cotton. It puts India in a position to step up and fill the gap left by the US, economists Dharmakirti Joshi and Pankhuri Tandon said in a report.

Amid expectations of exports to China, prices of the oilseeds in the country have started to firm up with soybean selling at 3,350 per quintal (per 100 kg) in wholesale markets in Maharashtra, the largest producer of the oilseeds. In the year-ago period, prices were ruling in the range of Rs 2,850 per quintal around the corresponding period. The prices may soon touch and surpass the MSP of Rs 3,399 per quintal set by the government, traders said.

Globally, the US produces 40 per cent of the total production and India 4 per cent. The remaining is shared by countries such as Argentina, Brazil and others.