US recession fears drive down stocks

The Sensex on Thursday had staged a 601-point rally intra-day, with the market discounting the 75-basis-point rate hike 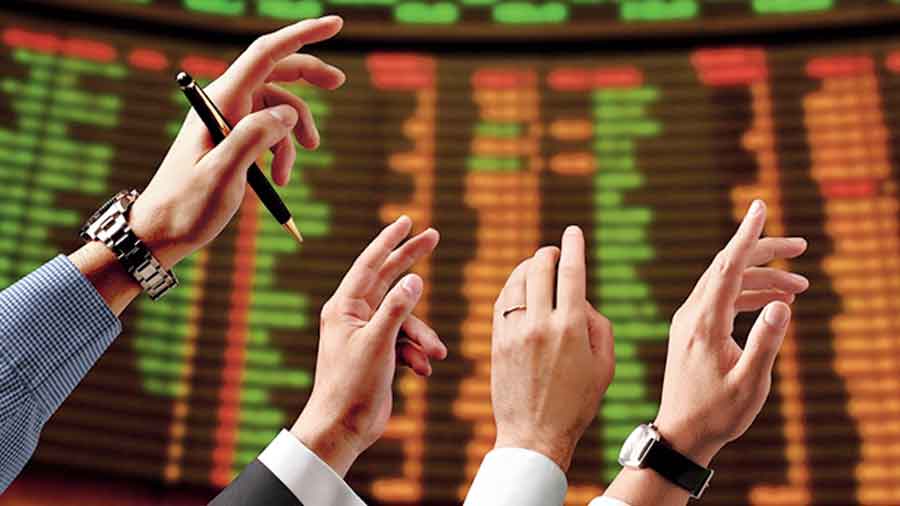 Along with the rate hike, the Fed gave a dovish outlook on the interest rate trajectory.
Representational picture
Our Special Correspondent   |   Mumbai   |   Published 17.06.22, 02:09 AM

A dovish commentary from the US Federal Reserve could not prevent another blowout on the stock markets with benchmark indices hitting fresh 52-week lows on concerns over a recession in the US.

The Sensex on Thursday had staged a 601-point rally intra-day, with the market discounting  the 75-basis-point rate hike in the US.

But a groundswell of resistance emerged over the health of the US economy that led to the Sensex spiralling downwards to end with more than a 1000-point loss in the day.

Along with the rate hike, the Fed gave a dovish outlook on the interest rate trajectory. Fed chair Jerome Powell said in a press conference that he does not “expect moves (75 basis points) of this size to be common’’ — which relieved investors.

Analysts are predicting another 75-basis- point increase next month, with the amount  to be moderated thereafter. The US central bank has forecast interest rates would rise further to 3.4 per cent by December and 3.8 per cent by the end of 2023.

Although Powell expressed optimism the central bank can achieve a soft landing of the economy without causing a recession, analysts were not convinced.

Wells Fargo & Co said the US economy could be staring at a “mild recession” commencing in mid-2023 as inflation becomes more entrenched, affects consumer spending power and as the Fed takes more aggressive steps to tame prices. Moody’s Analytics also reportedly said there were lower chances of a soft landing of the economy.

“The early gains led by an in-line Fed policy got dampened as recessionary fears haunted global sentiments. A cut in growth projection  instilled chances of a recession in the US economy,” said Vinod Nair, head of research at Geojit Financial Services.

“We expect RIL’s outperformance to continue  given the upside risk to consensus earnings estimates. Our earnings estimates imply a sharp pullback in diesel and gasoline cracks from current record level, but RIL remains among the best-positioned refiners globally,’’ the brokerage said.