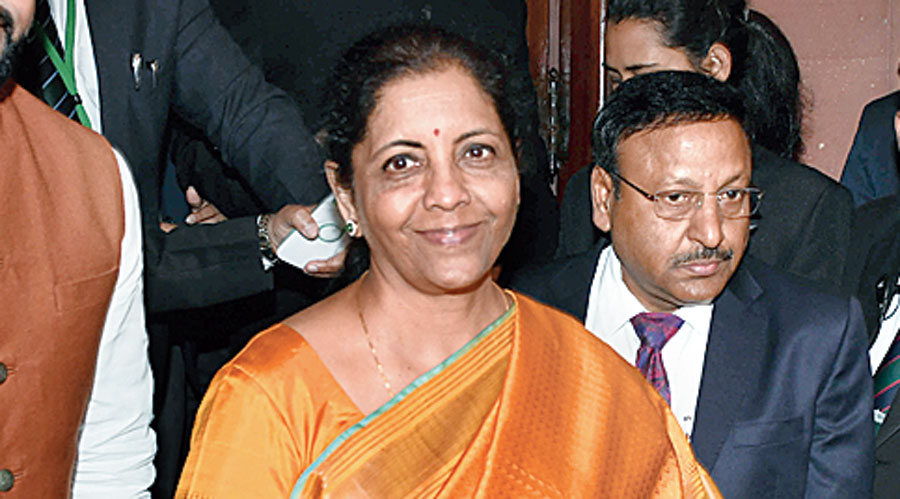 The Centre has dispensed with printing the budget papers this time as the annual tome on the health of the economy and the government’s finances goes fully digital and paperless because of the pandemic.

Finance minister Nirmala Sitharaman who had wrapped the budget documents into the dainty bahi khata — a red bag reminiscenct of the traditional account books — will now have to breathe life into the maze of numbers that make up for the government’s receipts and expenditures as they pop up on her laptop screen.

With the bahi khata, Sitharaman discarded the colonial legacy of carrying the budget documents in a briefcase.

The word “budget” has its origin in the French word Bougette, which means leather briefcase.

The paperless budget would mean that for the first time since Independence the documents would not be printed. The printing of documents requires staff to be locked up in the basement press of the finance ministry a couple of weeks ahead of the presentation of the budget .

The printing all these years began with a halwa ceremony, around January 20, that marked the staff going into the basement press only to emerge after the budget was presented.