Twin rates for GST on realty

2 GST slabs for under-construction houses, 5% for normal houses and a reduced rate of 3% for “affordable” houses 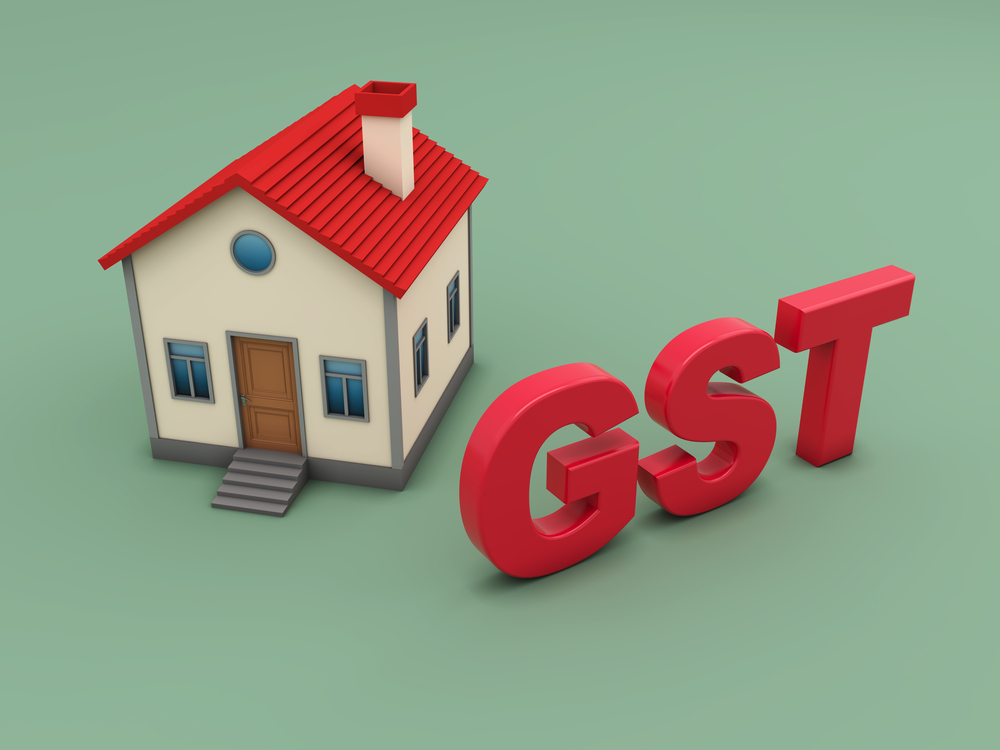 The group of ministers appointed by the GST Council has recommended two GST slabs for under-construction houses — 5 per cent for normal flats and houses and a reduced rate of 3 per cent for “affordable” houses.

The GST Council meeting on Wednesday will be held over video-conferencing — a plan several Opposition-ruled states have protested.

Puducherry chief minister V. Narayanasamy said it will not allow states to present their views in details.

However, the finance ministry, which hosts the meetings of the GST Council, said the meeting was on schedule.

Officials said the GoM had recommended that the GST on under-construction flats be reduced to 5 per cent and 3 per cent without availing GST credit. The proposal implies builders will not get GST credits for steel and cement they buy.

This has been done as reports from states showed that builders were not passing on the benefits of GST credit to home-buyers.

At present, the GST rate for under-construction flats and houses stands at 18 per cent with abatement for land value, which makes the effective GST rate 12 per cent.

Though the council was expected to take up the issue at its last meeting, it decided to set up a GoM given the complex nature of the tax and its effect on the sector and revenues of states.

“The realty industry has been struggling for some time…To add to its woes, demonetisation hit it hard and a sudden slowdown in construction activities all across the country was quite visible. Then came GST with its 18 per cent tax which combined all pre-GST taxes, this affected the sector negatively,” said Sumit Dutt Majumder, former chairman of the CBEC. 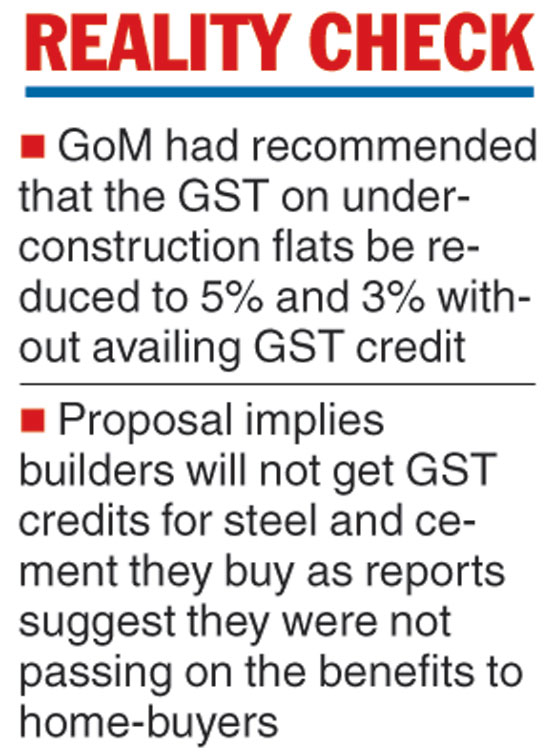