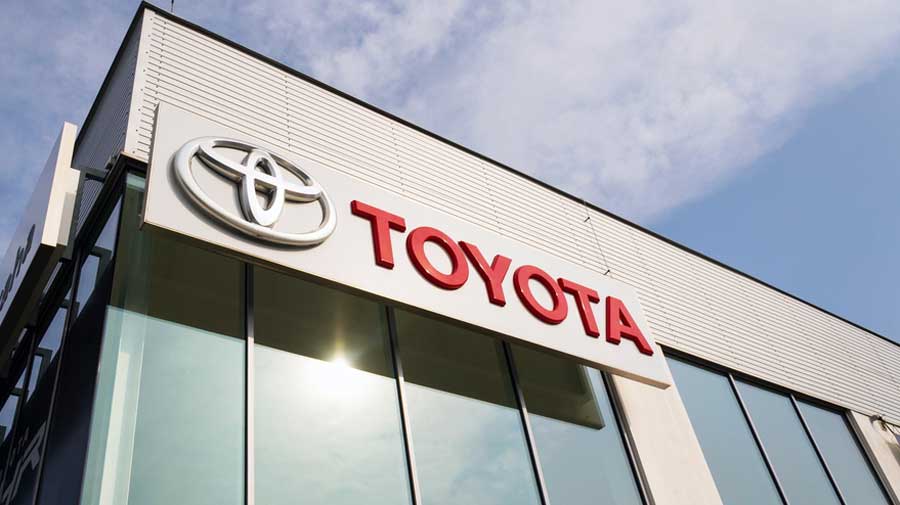 Earlier in the day, TKM vice-chairman and whole time director Shekhar Vishwanathan had in an interview to Bloomberg said the company would halt all expansion in view of the prevailing high taxes on cars
Shutterstock
Our Special Correspondent   |   Calcutta   |   Published 16.09.20, 05:23 AM

Toyota Kirloskar Motor (TKM) on Tuesday found out that investment plainspeak could land a company into a political pothole in the country. Some hours after threatening to stop expansion because of the Modi-government’s  lopsided taxation , the auto giant did a U-turn to keep the political hounds at bay.

The Japanese car maker announced an investment of Rs 2,000 crore over the next 12 months after a senior official of the company had said it would stop all expansion in India on account of high taxes

The announcement on investment was made by TKM vice-chairman Vikram Kirloskar, whose company, Kirloskar Systems Limited, holds 11 per cent in TKM.

Earlier in the day, TKM vice-chairman and whole time director Shekhar Vishwanathan had in an interview to Bloomberg said the company would halt all expansion in view of the prevailing high taxes on cars. He had stated that the “central government keeps taxes on cars and motorbikes so high that companies find it hard to scale”.

It also makes car-owning out of reach for many consumers which translates into idle factories and less jobs. “The message we are getting after we have come here and invested, is that we don’t want you,” Vishwanathan has been quoted as saying.

All it then took was a tweet by heavy industries minister Prakash Javadekar. “The news that Toyota Company will stop investing in India is incorrect. vikramkirloskar has clarified that Toyota will invest more than Rs 2,000 crore in next 12 months,” the minister said in his tweet.

Endorsing Javadekar, Kirloskar tweeted: “Absolutely! We are investing 2000+ crs in electric components and technology for the domestic customer and export. We are committed to the future of India.”

Sandwiched between Vishwanathan’s assessment and the late evening climbdown, the company had put out a statement saying it would first try to “achieve full capacity utilisation which will take time”.