This Trump sees India as his natural home 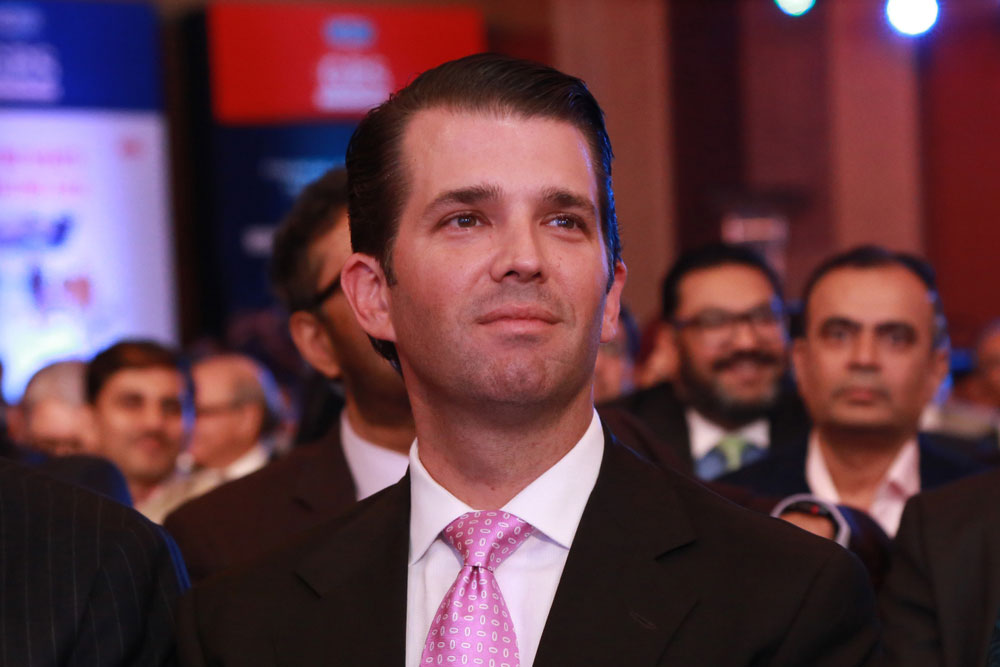 The Trump Organisation — the realty behemoth that Donald Trump created in 1973 — sees India as a “natural market” that it would like to return to once it breaks a self-imposed exile from the overseas market after the 45th US President finally leaves the White House.

That may be several years away since President Trump is winding up for re-election next year with his approval rating continuing to rule high.

Donald Trump Jr, the executive vice-president of the company and eldest son of the US president, told The Telegraph in an interview at Trump Tower in New York’s famous Fifth Avenue that the largest portfolio of Trump properties outside the US was in India and the response from the Indian market has been simply outstanding.

“There will be a time to come back to India. It will be a natural market obviously. It has our most number of international deals already. I think, given the numbers…it tells a lot about where I will be when we start to construct again,” said Trump Jr.

Depending on the outcome of the 2020 presidential election in US, the self-imposed ban may last for anywhere between one year and five years.

The ban has hurt the company a lot, business-wise, as it had to spurn 25 deals in the last two-and-a-half years, he added.

The Trump Organisation is the massive umbrella that houses more than 250 entities, encapsulating the group’s interests from real estate to property management and from hotels and resorts to casinos and golf courses.

Don Junior said the organisation would like to add hospitality interests to its residential tower business in India. Trump does not invest directly in the projects but lends the name for a fee.

The velocity of sales in the Trump projects in India had surprised him on the upside.

The Calcutta project, which is being built by Unimark and RDB along with Tribeca, had managed to sell 32 units in a single day soon after the launch amid unprecedented euphoria in an otherwise dull market.

Harsh Patodia, chairman of Unimark, who took 15 buyers and their families to New York to experience the Trump lifestyle, was confident of selling the remaining 25 units before he starts to give out possession in 2021.

Patodia could also be one of the potential partners when Trump returns to India with new ventures given that the pace of construction on the EM Bypass property has been the fastest among the four ongoing Trump projects in India.

“I feel now that I have partnered the best guys in the respective markets of the country and we could do many things,” said Don Jr.

Trump had been scouting opportunities in India for long and the first project with Lodha Developers in Mumbai, launched six years back, is yet to be completed.

Trump acknowledged that there have been many failures before he could hit the right note.

“If we look at India as a market, by any reasonable measure, it is less than strong. It is extraordinary given that we have set these records (in terms of both sales and prices)… It is one thing to set (a record) when everyone is going up and you’re just outperforming others on the margin. It is another to set a record when everyone else is setting a record on the opposite side: failures, non-deliverables etc. We knew we would do well. But it didn’t magically happen. It has not come overnight. It took lot of failures before we understood the market,” Trump said.

These are mixed-use properties that blend residential towers with a hotel.

The Central Park property, next to Columbus Square, is a unique model where each room has been sold to the investors. Trump manages the hotel on behalf of the owners and earns a fee.

“We started out with residential. But we are into hospitality for quite some time. Hotels continue to be an important part of our business,” he added

“The hotels business is a natural place where we would like to be. Obviously, in some big cities with the influx of international business, we talked about it a little bit before the clock ran out. Kalpesh (founder of Tribeca) was looking at a few opportunities. I imagine both businesses would be very viable for us in the future in India,” said Trump as he signed off.

The writer was on a sponsored trip to New York