The decision was also necessary to attract investment from multi-national companies, which are wanting to shift operations from China, she said 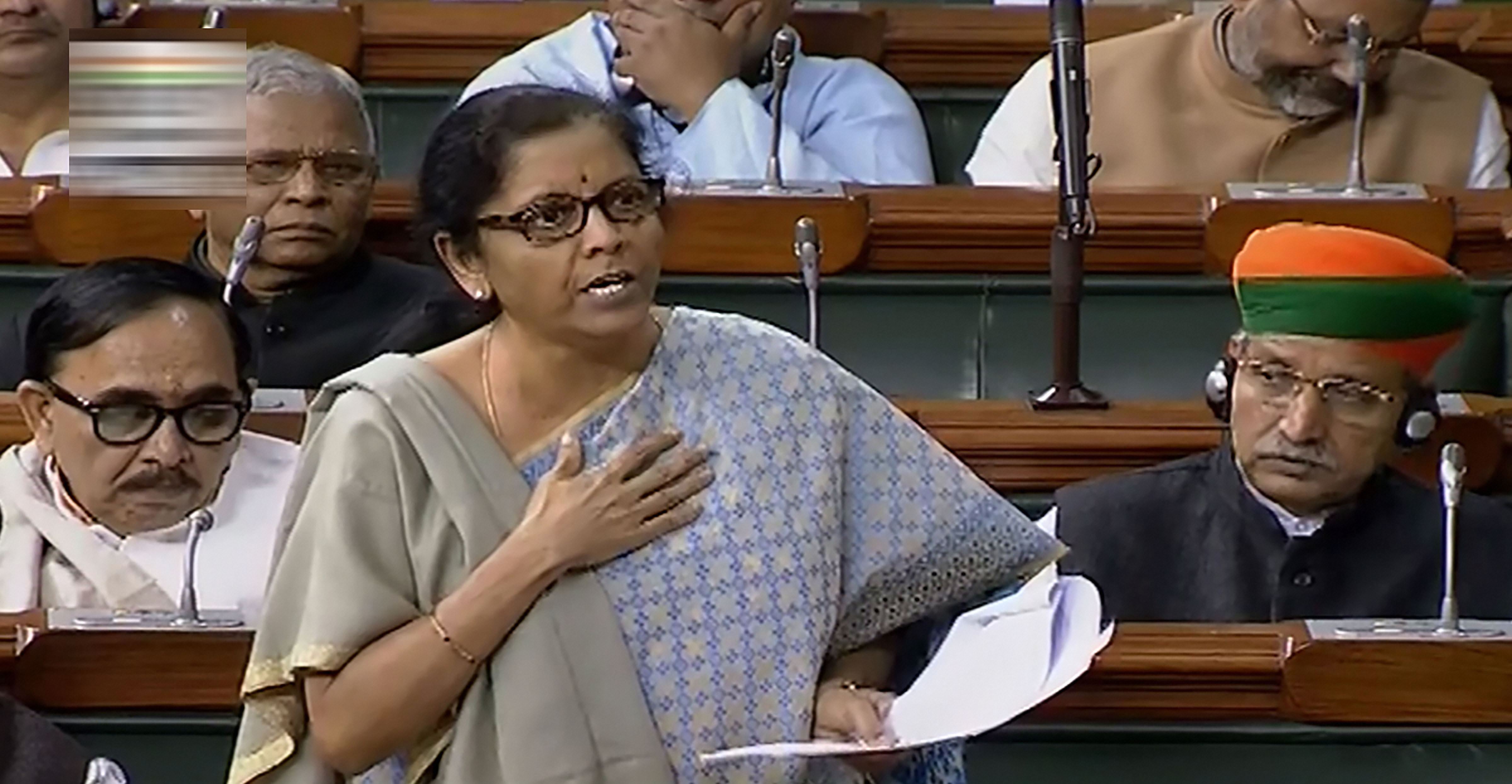 Finance minister Nirmala Sitharaman said in the Lok Sabha on Monday that the government's decision to reduce corporate tax rate was aimed at attracting investment and creating jobs.

The government's decision was also necessary to attract investment from multi-national companies, which are wanting to shift operations from China in view of ongoing Sino-US trade war, she said while moving the Taxation Laws (Amendment) Bill, 2019, for consideration and passage.

The bill seeks to replace the ordinance, which was promulgated by the President in September.

The government through the ordinance reduced the corporate tax rate from 30 per cent to 22 per cent, and for new manufacturing companies to 15 per cent.

The companies opting for lower tax rates, however, will not be entitled to claim any rebate or deductions.

She further said that with reduction of corporate tax rate, the effective rate will come down to 25.17 per cent from 34.94 per cent.

The effective tax rate for new manufacturing companies, which will be entitled for 15 per cent rate would be 17.16 per, she said.

Beside other things, the bill has also provided a negative list of businesses, which will not be entitled for concessional tax rate of 15 per cent.

The companies engaged in development of computer software mining, converting marble blocks into slabs, bottling of gas cylinder, printing of books and cinematographic film will not be treated a new manufacturing entities for the purpose of concessional tax.

The government, she said, has also partially rolled back the surcharge announced in the budget to attract investment from the foreign portfolio investors (FPIs).