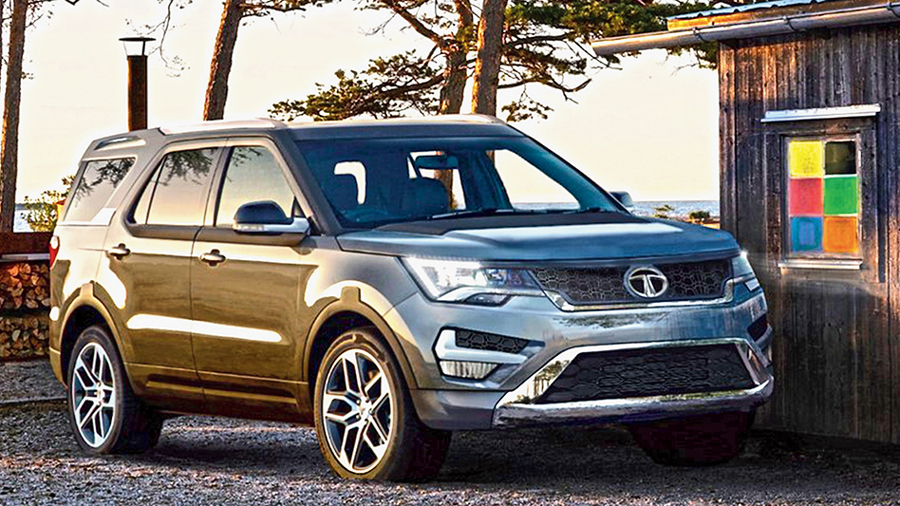 Tata Motors on Thursday unveiled the new Tata Safari, which is based on the Gravitas — an SUV showcased at an auto expo last year.

The company has revived the name Tata Safari for its flagship sports utility vehicle, which is now ready for production.

The seven-seater SUV sports minor changes over the Gravitas in the grille and the headlights.

The new Safari builds on its legacy and combines it with Tata Motors’ Impact 2.0 design and the the capability of OMEGARC, an architecture derived from the D8 platform of the Land Rover. This adaptive architecture allows for further enhancements in future, including all-wheel drive and an electric version.

Tata Motors will open the bookings of the Safari soon. On Thursday, it rolled out the first new Safari from its Pune plant.

Guenter Butschek, CEO & MD of Tata Motors, said, “The Safari is our flagship offering to connect the aspirations of the discerning and evolved Indian customer. It had introduced India to the SUV lifestyle and in its new avatar, will carry forward this rich idea to build further its legacy. We look forward to making the Safari rule the Indian roads once again.”

Tata Motors has also launched the Tata Safari Imaginator suite, which uses augmented reality to give customers a tour of the Safari.

The new Tata Safari will face competition from other seven-seater models such as the MG Hector Plus, the current generation Mahindra XUV 500 and Hyundai’s new seven seater SUV based on the Creta. Mahindra XUV is due for a new version later this year.