The homegrown auto major reported a loss of Rs 5,006.60 crore compared with Rs 4,450.92 crore in the corresponding period of the previous fiscal 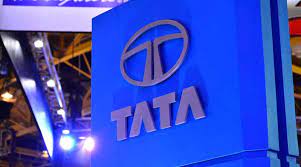 Tata Motors on Wednesday missed Street estimates by a wide margin when the consolidated loss for the quarter ended June 30 widened because of supply shortages, rising raw material prices and lockdowns in China. The homegrown auto major reported a loss of Rs 5,006.60 crore compared with Rs 4,450.92 crore in the corresponding period of the previous fiscal.

Analysts had forecast that its net loss would shrink to Rs 1,100-1,200 crore during the quarter. Consolidated revenues of the company rose to Rs 71,227.76 crore from Rs 65,535.38 crore in the previous corresponding period. The disappointing performance was led by luxury car maker Jaguar Land Rover (JLR), which posted a loss before tax of £524 million compared with a profit before tax of £9 million in the preceding three months.

JLR, which saw its revenues falling 11.3 per cent over the previous year’s £4.97 billion to £4.4 billion, said the loss was due to the lower wholesale volumes as well as unfavourable inflation apart from currency and commodity revaluation. Semi-conductor-related production constraints were compounded by slower than expected production ramp-up of the New Range Rover and Range Rover Sport.

The Covid-19 lockdowns in China impacted production and sales in the quarter. According to the arm, retail sales were flat during the quarter against the previous three months.