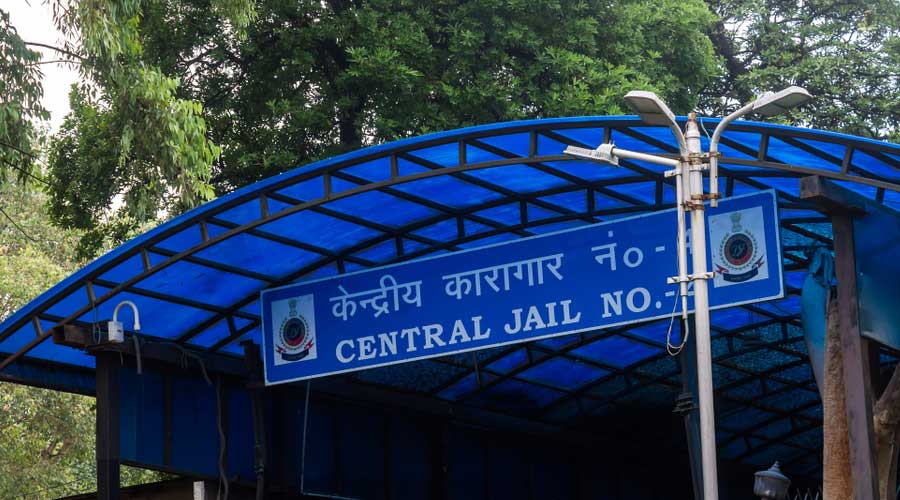 On August 26, the bench had expressed shock and anger over the manner in which the capital’s highly fortified Tihar jail has become a “haven” for unlawful activities as it ordered the immediate transfer of the Chandra brothers to Mumbai jails.
Shutterstock
Our Legal Correspondent   |   New Delhi   |   Published 07.10.21, 02:09 AM

The Supreme Court on Wednesday ordered immediate suspension and a comprehensive criminal investigation against certain Tihar jail officials for allegedly conniving with ex-Unitech promoters — Sanjay and Ajay Chandra —  in running an illegal parallel secret office from within the prison .

A bench of Justices D.Y.Chandrachud and M.R.Shah passed the directions after some heated exchanges with senior advocate Vikas Singh appearing for the Chandra brothers, who remarked that the court would “repent” if it passes orders in the Unitech row without hearing the version of the arrested promoters.

The directions were passed pursuant to a report submitted by Delhi Police Commissioner Rakesh Asthana, stating that an investigation by police had revealed a nexus between the Chandra brothers and certain jail officials in the running of a secret office from the jail by the brothers.

On August 26, the bench had expressed shock and anger over the manner in which the capital’s highly fortified Tihar jail has become a “haven” for unlawful activities as it ordered the immediate transfer of the Chandra brothers to Mumbai jails. The court ordered Sanjay Chandra to be shifted to Mumbai’s Arthur Road Jail and Ajay Chandra to Taloja.

In December 2019, the apex court had directed the Centre to forthwith take over the management of real estate giant Unitech by  appointing  independent directors following a forensic audit that found the group to have diverted around Rs 5,000 crore of home buyers' money. The diversion affected the completion of at least 74 of its projects, affecting the interests of 12,000 buyers in different parts of the country particularly, Gurgaon and Noida bordering Delhi.

The two key promoters, Sanjay Chandra and Ajay Chandra, are in jail since 2017 over the alleged diversion but often managed to come out on bail or parole and even otherwise operating from within jail.

When the matter came up for hearing on Wednesday senior advocate Vikas Singh argued that his client cannot be subjected to any adverse orders without being given copies of the forensic auditor.

“…how long will this ex parte (without hearing the other side) hearing go on? I am the second-largest real estate developer who has built around five crore square feet area and over 1 lakh units,” Singh asked the bench during the hearing.

Justice Chandrachud said “This is not an ex parte hearing. You (accused) are not entitled to peruse the case diary.”

Later, the bench passed an order directing a criminal investigation into the alleged connivance of the jail officials with the Chandra brothers as stated by the Delhi Police Commissioner’s report.

The Commissioner in his report had stated that a criminal case be registered under the Prevention of Corruption Act against the officials of the Tihar jail.

“….We direct that officials of Tihar jail who were prima facie found to be complicit will be suspended for the time being till the pendency of proceeding.”

The court also turned down the request of Singh for a copy of the forensic auditor’s report.

Singh responded saying “I don't want your Lordships to repent later on that you did not take timely action. I am sure the court has nothing personal against the Chandras…I should have been given the Grant Thornton report. I should have been able to show that there is no diversion of funds…. If in the trial it is found that there is no diversion of funds, then can the clock be turned backwards and put time back into my hand?” the senior counsel asked. “Shouldn't the Grant Thornton report be given to me now itself.” the senior counsel asked.

However, a visibly annoyed Justice Chandrachud removed his mask and expressed strong displeasure at Singh’s arguments.