The dues were less than 2 per cent before the pandemic, while they stood at 14.5 per cent at the end of December 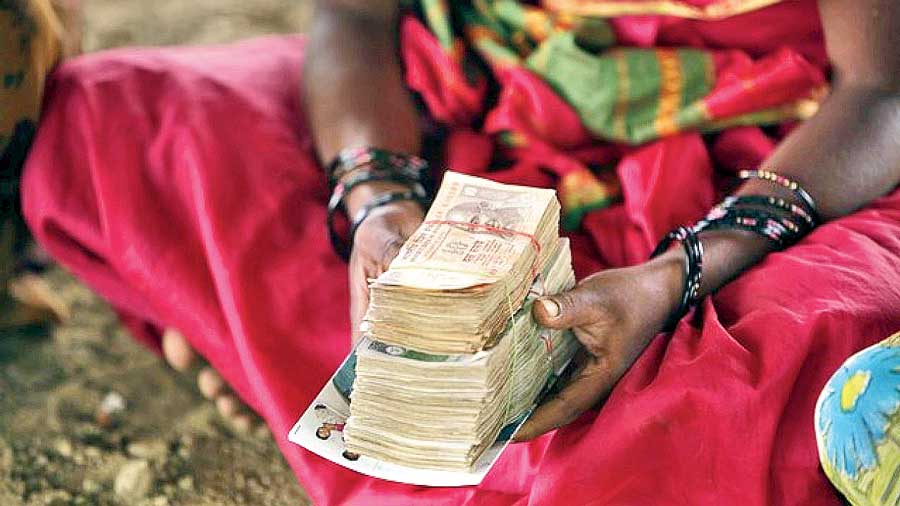 Portfolio at risk, a measure of stress for micro finance lenders, has worsened during the second wave of the Covid pandemic.

The dues were less than 2 per cent before the pandemic, while they stood at 14.5 per cent at the end of December.

The portfolio quality was affected across ticket sizes and lenders including banks, non bank finance institutions and small finance banks.

All the top 10 states recorded a quarterly decline in gross loan portfolio — the highest in Assam of 14.4 per cent, while Bengal saw a decline of nearly 10 per cent.

“However, with Covid 19 second wave and reimplementation of lockdown in several parts of the country, the sector took a major blow again in Q1 FY22, with a steep decline in disbursements and high delinquencies,” CRIF High Mark said in its quarterly report.

Micro-finance lenders said the stress level was expected to ease in the second half of the fiscal with the removal of restrictions and opening up of the economy if the infection rate does not go up again.

In line with a decline in gross loan portfolio, the number of active microfinance borrowers came down to 5.9 crore for the period ending June 30, 2021, posting 3.2 per cent quarter-on-quarter decline, while on a year-on-year basis, there was a growth of 7.5 per cent.

Average balance per unique microfinance borrower at Rs 40,300 witnessed a quarter on quarter decline of 3.8 per cent while on a year on year basis there was a growth of 7.4 per cent.

Banks continue to dominate the market with a portfolio share of 42.2 per cent followed by NBFC MFIs at 30.6 per cent.