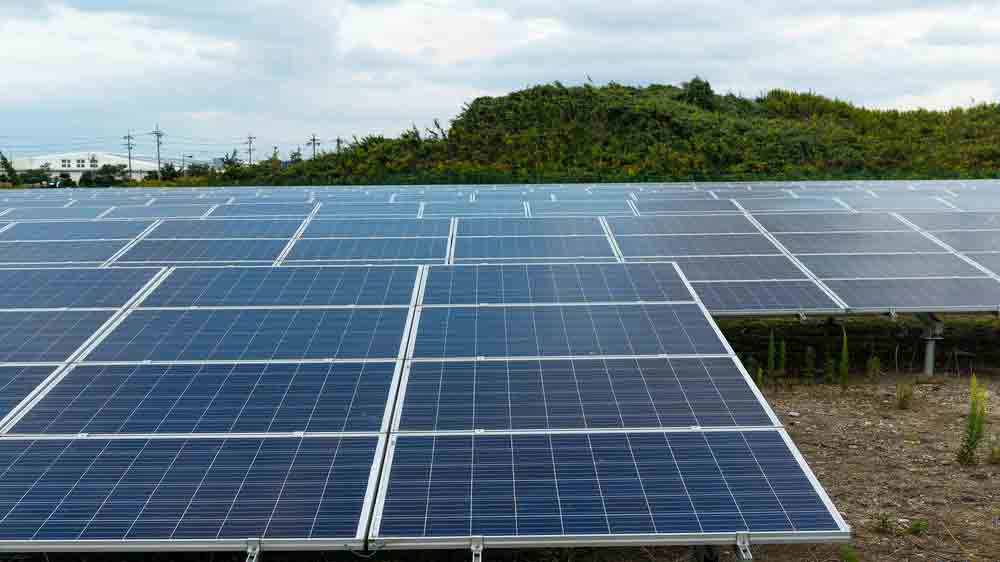 India has been taking leaps to meet its target by measures such as issuing sovereign green bonds, allocation towards production-linked incentive schemes, deploying smart meters and increasing loan limits.
Representational picture
The Telegraph   |   Published 25.01.23, 01:00 AM

Pursuant to the Paris Agreement, India has been unflinching in its commitment of increasing the share of Renewable Energy in its energy mix.

India has been taking leaps to meet its target by measures such as issuing sovereign green bonds, allocation towards production-linked incentive schemes, deploying smart meters and increasing loan limits.

At the 2022 UNFCC Climate Change Summit (COP27), India has committed itself to achieve 50 per cent cumulative electric power installed capacity from non-fossil fuel energy by 2030. This is in addition to India’s commitment at COP26 to bring non-fossil energy capacity to 500 GW by 2030.

To achieve the above, India has started re-defining its strategies such as:

(a) To tackle the annual issue of coal demand supply, India has identified 81 thermal units which will replace coal with RE by 2026.

(b) In December 2022, Rajya Sabha passed “The Energy Conservation Bill, 2022” empowering the carbon trading scheme. Budget 2023 is an important element to fuel India’s RE vision since it will demonstrate how India will prepare its road map to achieve its RE targets. Some expected reforms:

a) Consolidated group taxation regime: RE players are mandated under regulatory laws to have different companies for each project. To ease compliance burden, a regime for ‘‘single return for all projects’’ should be introduced, which will assist in off-setting of losses amongst different projects.

b) Deduction for capital intensive projects:RE should be included as a specified business under Section 35AD of the Income Tax Act (ITA) which will allow claiming deduction of capital expenditure against taxable income.

c) Beneficial tax treatment for RE Certificates: ITA provides beneficial tax rate of 10 per cent on sale of carbon credits approved under Kyoto Protocol. This benefit should be extended to sale of RECs (including voluntary emission reduction certificates).

d) Extend beneficial tax regime: Corporate income-tax rate of 15 per cent is available to companies who commence power generation by March 2024, which will not be available to new power projects. Hence, timeline should be extended for further five years, i.e., March 2029.

a) Grandfathering on purchase of solar equipment: From 1 April 2022, basic custom duty (‘BCD’) on import of solar modules was increased to 40 per cent. This has been a big setback for on-going projects because discoms have not yet agreed to revise tariff rates to accommodate the increased BCD cost. Thus, a grandfathering clause against applicability of 40 per cent BCD should be included for on-going projects.

c) Rationalise GST on EPC contracts: GST rate on EPC contracts was increased to 13.8 per cent (12 per cent and 18 per cent GST applicable on a 70:30 ratio). Since the sale of electricity is exempt from GST, this increased GST cost is a hit to market players. Further, for wind projects the ratio of goods to service is typically 90:10 and not 70:30. Therefore, these rates should be rationalised.

a) Boost to green hydrogen: The world is moving towards ways to produce clean hydrogen. Introducing fiscal policies(such as subsidies/grants/R&D incentives) would prioritize green hydrogen and attract more investment.

b) Incentives for storage solutions: With growing RE, India will have to focus on sustainable energy storage solutions. Fiscal incentives should be introduced for innovating storage system solutions such as storing by converting RE to hydrogen, storing RE as synthetic fuel using power-to-fuel technology, using lithium-ion batteries and pumped hydro-energy storage.

To conclude, India’s REtarget is already set for the next decade. We only hope that this Budget provides a renewed boost.