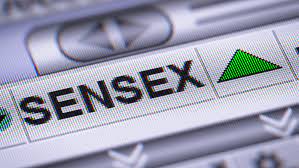 The benchmark Sensex on Tuesday breached the 50000-mark and settled at a two month high as investors began to shake-off Covid concerns amid falling infection rates and a receding possibility of tighter lockdowns in the key industrial districts in the country.

The rupee rose 17 paise to close at a seven-week high of 73.05 against the dollar on Tuesday, extending its gains for the third straight session on positive domestic equities and the weakening of the American currency in the overseas markets.

The gains in stock prices over the past two sessions have resulted in the market capitalisation on the BSE rising Rs 5,78,634 crore.

A highlight of Tuesday’s trade was the rally seen in mid-cap counters. This led to the NSE mid-cap index outperforming the benchmark by showing a gain of two per cent. On the BSE, its mid-cap index rose 1.87 per cent while the increase in small cap index was at 1.22 per cent. On the Sensex chart, M&M was the top gainer, rallying nearly 6 per cent, followed by Bajaj Auto, Titan and Bajaj Finance.

US brokerage Morgan Stanley said the ongoing consolidation in equities in India would improve return prospects during the second half of 2021.

The brokerage maintained its 55000 points target for end-2021 for the benchmark, giving it a 50 per cent probability of coming true. In the “bull” scenario, the Sensex can rise to 61000 points by December 2021, while in the “bear” scenario it can crash to 41000 points. There is a 30 per cent likelihood for the “bull” scenario, which can get triggered by factors such as the virus ebbing completely, recovery in growth being sustained, and global stimulus supporting asset prices.

The brokerage gave a lower, 20 per cent probability for the “bear” scenario to play out, and pointed out that factors such as the higher infections continuing in second half, lack of adequate policy response from India and faltering growth can trigger such an eventuality. Calling it a stock picker’s market, the note advised investors to prefer domestic cyclicals the most in their portfolio strategy.

Gold prices rallied on Tuesday with the yellow metal rising Rs 333 to Rs 47,833 per 10 gram in New Delhi. In the international market, the precious metal was trading at $1,869 per ounce and experts feel it could touch $1,900 an ounce in the near term.

Analysts continue to remain bullish on gold. “Prices have consolidated over the last few months and recently caught up some momentum,’’ a report from Motilal Oswal Financial Services said. The brokerage estimates prices could reach Rs 50,000 and eventually hit new highs of Rs 56,500 and above over the next 12-15 months.