Advertisement
Home / Business / Rupee falls 66 paise to 81.57 against US dollar in early trade

Rupee falls 66 paise to 81.57 against US dollar in early trade

On Tuesday, the local unit appreciated 37 paise to close at 80.91 against the American currency 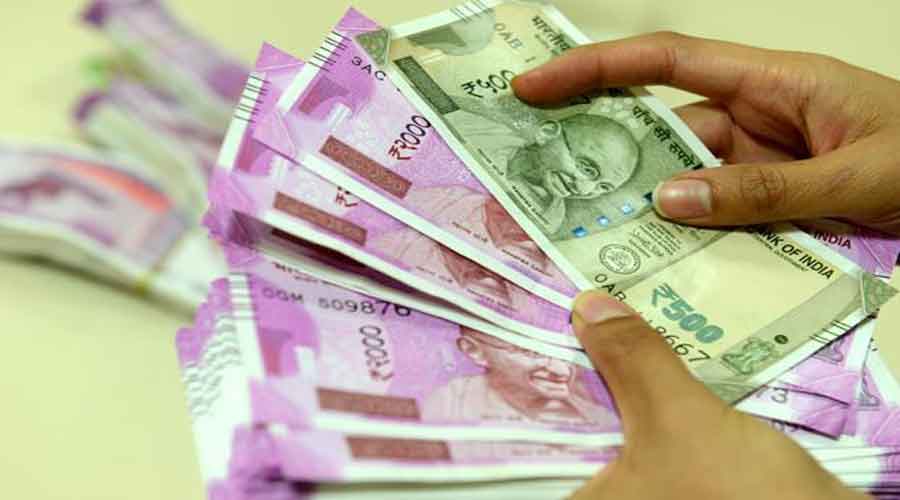 The rupee depreciated 66 paise to 81.57 against the US dollar in early trade on Wednesday, tracking the strength of the American currency in the overseas market and a muted trend in domestic equities.

At the interbank foreign exchange, the domestic unit opened at 81.41 against the dollar, then lost ground to quote at 81.57, registering a loss of 66 paise over its previous close.

On Tuesday, the rupee appreciated 37 paise to close at 80.91 against the US dollar.

Meanwhile, the dollar index, which gauges the greenback's strength against a basket of six currencies, advanced 0.17 per cent to 106.58.

Foreign Institutional Investors (FIIs) were net sellers in capital markets as they offloaded shares worth Rs 221.32 crore on Tuesday, according to exchange data.

On the domestic macroeconomic front, India's exports entered negative territory after a gap of about two years, declining sharply by 16.65 per cent to USD 29.78 billion in October. Trade deficit widened to USD 26.91 billion, according to data released by the commerce ministry on Tuesday.