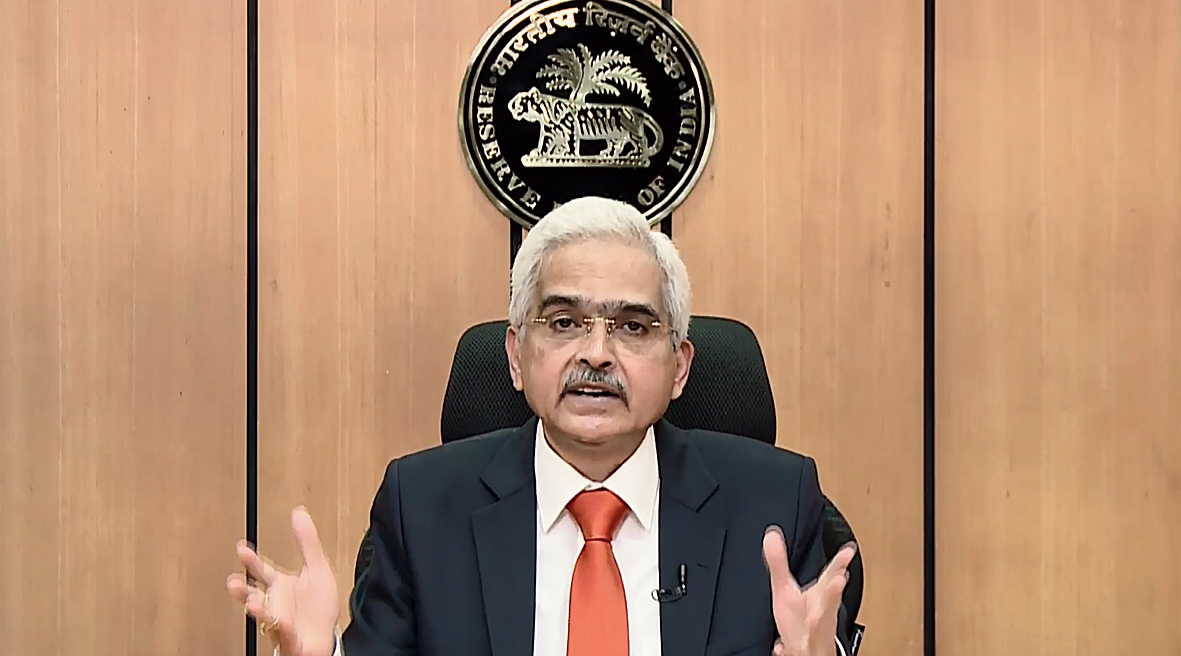 Reserve Bank of India (RBI) governor Shaktikanta Das on Wednesday said there would be sufficient liquidity in the system and the apex bank would conduct the government’s borrowing programme in an orderly fashion as he sought to assuage the bond markets jittery mood over the government’s gargantuan expenditure appetite outlined in the budget.

Yields on the benchmark 10-year bond have been well over 6 per cent since the budget. Finance minister Nirmala Sitharaman had announced a greater-than-expected borrowings for the rest of this fiscal and the next financial year. Moreover, the RBI’s move to normalise the cash reserve ratio (CRR) has not gone down well with the markets.

However, the central bank has maintained the system liquidity will remain comfortable and the CRR normalisation will open up space for a variety of market operations to inject additional liquidity. The rising bond yields have led to fears that it will lead to mark-to-market losses for banks.

On Wednesday, in an interview to a TV channel, Das again tried to look for support from the bond markets.

“After the monetary policy committee (MPC) meet, I had very clearly said we will ensure that there is a non-disruptive borrowing, which will take place. I would like to assure the markets that what we are looking at an orderly evolution of the yield curve,” he said.

“When it falls off the track, as the central bank and as the debt manager of the government, the RBI will obviously take whatever policy measures are required.”

“However, liquidity will continue to be sufficient, we will make available liquidity at the appropriate times and we will see that the borrowing programme goes through in a very orderly manner,’’ he said.

Das pointed out that in this fiscal year the central bank bought Rs 3 lakh crore of bonds through open market operations (OMOs) that has tamped down yields. Considering the government’s borrowing programme of the next financial year, there is no reason why it should curtail its open market operations.

He added that other relaxation given by the central bank on the HTM front has effectively opened up space for another Rs 4 lakh crore of liquidity.

The RBI has extended the time frame for bank statutory liquidity ratio (SLR) holdings in the HTM (held to maturity) category by one more year till March 31, 2023. HTM is a category of investment by banks in bonds which do not have to be marked to market with the current rates, protecting the balance sheet of banks from any valuation hits.

Das said the RBI has certain major concerns about cryptocurrency and this has been communicated to the central government. On the central bank digital currency, he said it was a work in progress.

On the Centre’s plan to privatise certain PSU banks, he said the RBI was concerned with the fit and proper criteria that the new owner should meet.

The RBI is also keen that the bank after takeover is well capitalised and the new promoter has enough financial strength to significantly capitalise the banks.