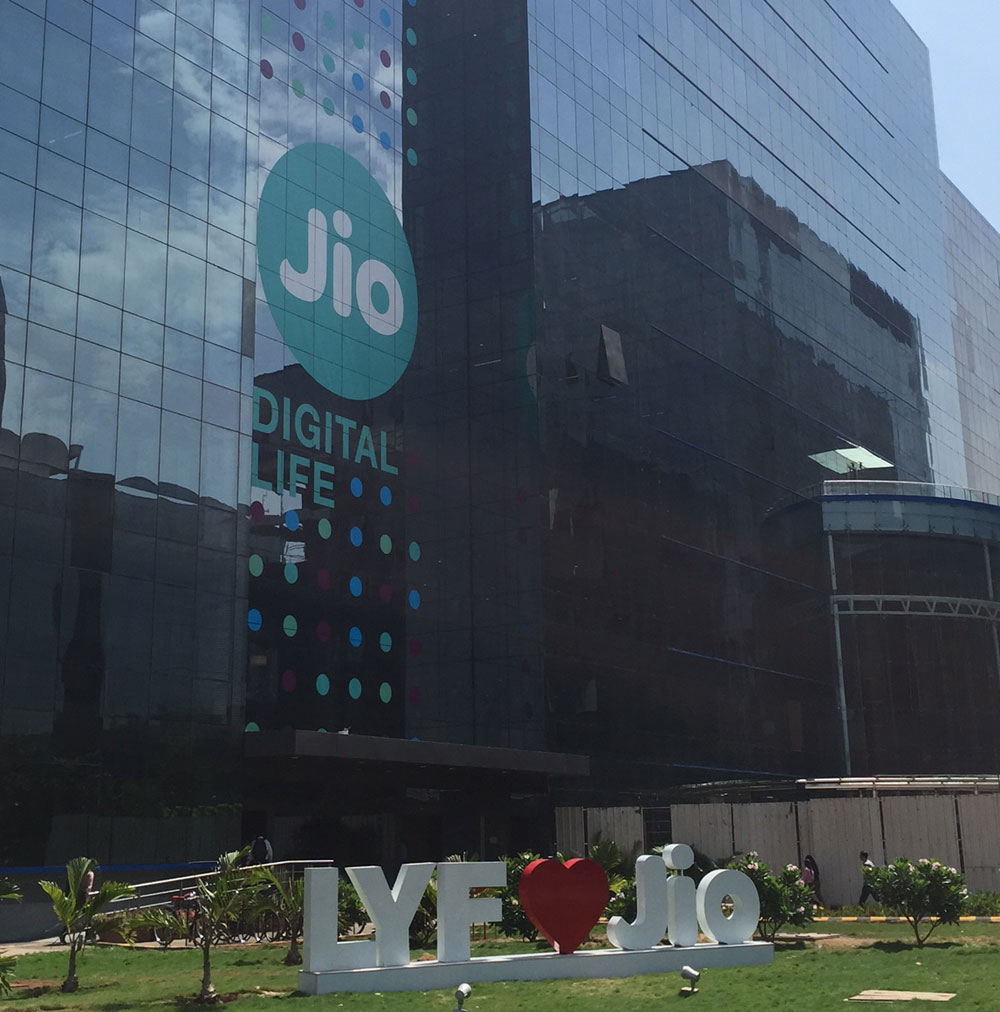 Reliance Jio's headquarters in RCP, Navi Mumbai. Airtel and Jio account for more than half of the dues. Most of the other players have already shut operations, withered by the heat of competition in the sector.
(Wikipedia)
Our Special Correspondent   |   Mumbai   |   Published 31.10.19, 08:53 PM

Reliance Jio has turned up the heat on its rivals, Airtel and Vodafone, by trying to scuttle the possibility of a government-funded bailout package for the two telecom giants.

The Mukesh Ambani-owned company has written to telecom minister Ravi Shankar Prasad in an effort to torpedo any bailout package for the two legacy telecom players who have been left gutted by an adverse Supreme Court verdict on licence fee dues.

Last week the apex court had upheld the validity of the telecom department’s notices to 15 telecom players demanding payment of overdue licence fees running into Rs 92,600 crore, inclusive of penalties and interest. It ordered the telecom companies to pay their dues in three months and submit proof of compliance with the court.

Airtel and Jio account for more than half of the dues. Most of the other players have already shut operations, withered by the heat of competition in the sector.

“All operators should be mandated to deposit applicable amounts within the three months’ period as mandated by the Supreme Court,” Jio said in the letter.

Copies of the letter were also sent to the top bureaucrats in the Prime Minister’s Office, cabinet secretary, Niti Aayog, finance and law secretaries, and the department of telecom.

The epistolary war between the two sides erupted after the Cellular Operators Association of India (COAI) wrote to the government seeking a bailout package for the two telecom players, arguing that if the government demurred it would create monopolies in the sector, kill competition, jeopardise the government’s source of revenue and undermine its goals for digitisation in the country.

“Any such package which prima facie appears to mitigate perceived financial strains, if granted, is likely to raise similar demands from other sectors such as aviation,” the latest Jio letter said.

On Wednesday, Reliance Jio had slammed the COAI for its hasty and biased advocacy of reliefs for the two troubled telecom players without taking the views of the Ambani-owned company into consideration.

When contacted, an official from Vodafone Idea said that they have no comments to offer on the latest Jio letter. However, shares of the telco gained 2.10 per cent to settle at Rs 3.89 on the BSE after crashing over 13 per cent during intra-day trades to Rs 3.31 — a 52-week low.

Replying to a clarification sought by the bourses, Vodafone said it was not aware of Vodafone Plc exiting Indian operations and that news of Vodafone Idea seeking debt recast from lenders was baseless and factually incorrect.

Later in the evening, Vodafone Plc said: “Vodafone is aware of the baseless rumours circulating in some of the Indian media that we have decided to exit the market. We would like to categorically state that this is not true and is malicious... We are fully supportive of our local management as they continue to manage our joint venture in these challenging times”.

while drawing attention to the fact that the two operators had deliberately chosen to stick to below cost tariffs when there was no compelling competitive pressure to do so.

Jio said these telecom players – who had first contested the formula for computing the Government’s share of their telecom revenues in 2003 – of violating accounting standards by willfully violating all disclosure norms since 2011 by not provisioning for these liabilities.