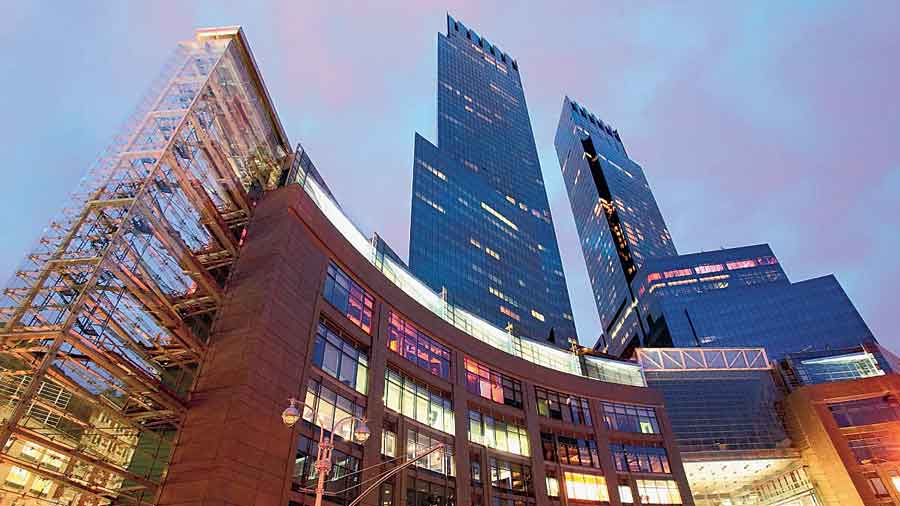 The oil-to-telecom conglomerate announced late on Saturday that Reliance Industrial Investments and Holdings Ltd (RIIHL) will acquire the entire issued share capital of Columbus Centre Corporation (Cayman), a Cayman Islands incorporated company, which holds 73.37 per cent in the hotel.

Reliance said the acquisition would expand the group’s consumer and hospitality portfolio The Mukesh D Ambani giant is not new to this segment as it had checked into EIH Ltd, which is based out of Calcutta, in 2010 by acquiring a little over 14 per cent in the company. EIH runs the The Oberoi Grand, Calcutta.

Group company Reliance Strategic Business Ventures Ltd subsequently hiked its stake in the hospitality firm and it currently holds around 18.83 per cent in EIH.

Stoke Park owns and manages sporting and leisure facilities at Stoke Poges, Buckinghamshire. The facilities included a hotel, conference facilities, sports facilities and one of the highest rated golf courses in Europe.

Back home, Reliance is developing a convention centre, hotel and managed residences in BKC Mumbai.

A statement from RIL said that the closing of the transaction for Mandarin Oriental is anticipated to occur by the end of March 2022 and is subject to certain customary regulatory and other approvals and the satisfaction of certain other conditions.

The statement said in the event the other owners of the hotel elect to participate in the sale transaction, RIIHL would acquire the remaining 26.63 per cent, based  on the same valuation used for the acquisition of the indirect 73.37 per cent stake.

Mayer Brown LLP acted as legal counsel for Reliance on the transaction.

The acquisition comes at a time the global hospitality industry is looking at a revival after the pandemic badly hurt its business. However, with the Omicron virus causing a spike in Covid-19 cases globally, the sector may have to to wait for some more time before returning back to the pre-pandemic growth levels.

Although the Mandarin Oriental reopened on April 1 last year, it’s been hit like other leading hotels by the lack of high-spending visitors and business travellers from abroad.

The hotel occupies floors 35-54 of Columbus Centre and is known for its much-in-demand ballroom, five-star spa and eating and drinking venues, including MO Lounge.

The Stoke Park facility is an iconic locale that’s been the setting for two James Bond films. Stoke Park owns and manages a 49 luxury bedroom and suites hotel, 27-hotel championship golf course, 13 tennis courts and 14 acres of private gardens in Buckinghamshire. Since James Bond played a game with Auric Goldfinger there in the 1964 blockbuster, the estate with the Georgian-era mansion set in the midst of 300 acres of parkland has been a backdrop in productions such as Bridget Jones’s Diary and Netflix’s British royal family drama The Crown.

RIL shares closed at Rs 2,435.95 on the BSE on Friday — a gain of 0.80 per cent. Earlier the company announced that its retail arm led a $240 million investment in quick commerce startup Dunzo.

Ambani is helming a transformation as he seeks to build the digital and retail business into equal-sized pillars for Reliance, paring dependence on profits from its traditional oil refining business.

Over the past five years, Reliance has announced $5.7 billion in acquisitions with 45 per cent in TMT and 23.6 per cent in new energy