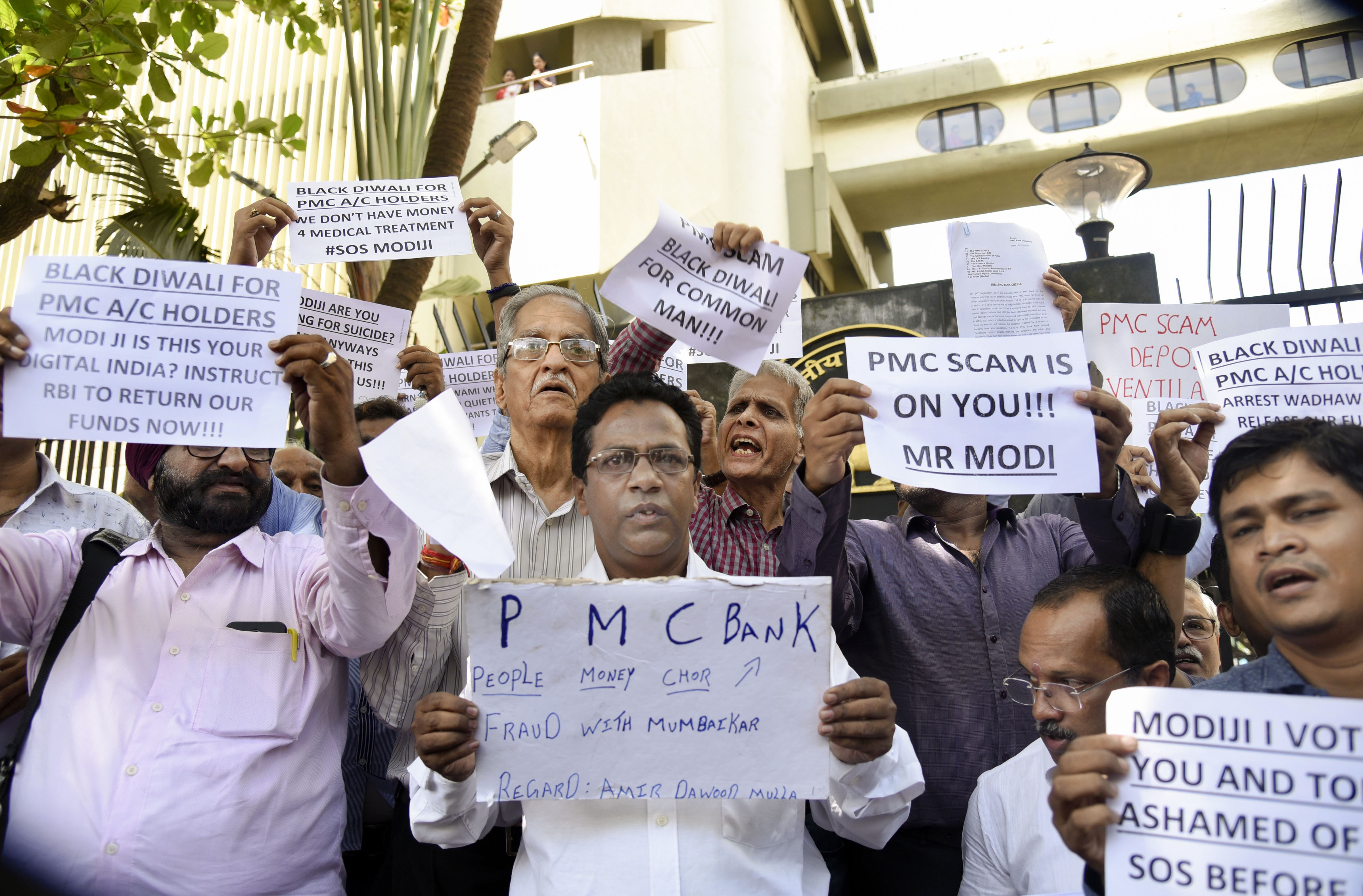 Depositors of Punjab and Maharashtra Cooperative (PMC) bank display placards during a protest over the banks crisis, outside the Reserve Bank of India building, in Mumbai, Tuesday, October 1, 2019.
PTI
PTI   |   Mumbai   |   Published 04.10.19, 12:29 PM

HDIL chairman and managing director Rakesh Wadhawan and his son Sarang were on Friday sent to police custody till October 9 in the Punjab Maharashtra Cooperative Bank scam, an official said.

They were arrested by the special investigation team of the Economic Offences Wing of Mumbai police on Thursday and produced before a local court on Friday.

EOW had registered an FIR on Monday against senior officials of HDIL and the PMC Bank for allegedly causing losses to the tune of Rs 4,355.43 crore to the bank.

Property of Rs 3,500 crore belonging to the company was seized by the EOW during the investigation, he said.

The Enforcement Directorate has also initiated an investigation by registering a case of money laundering, another official said.

ED officials raided six places in the city and the suburbs, and collected some important documents related to the case, he said.