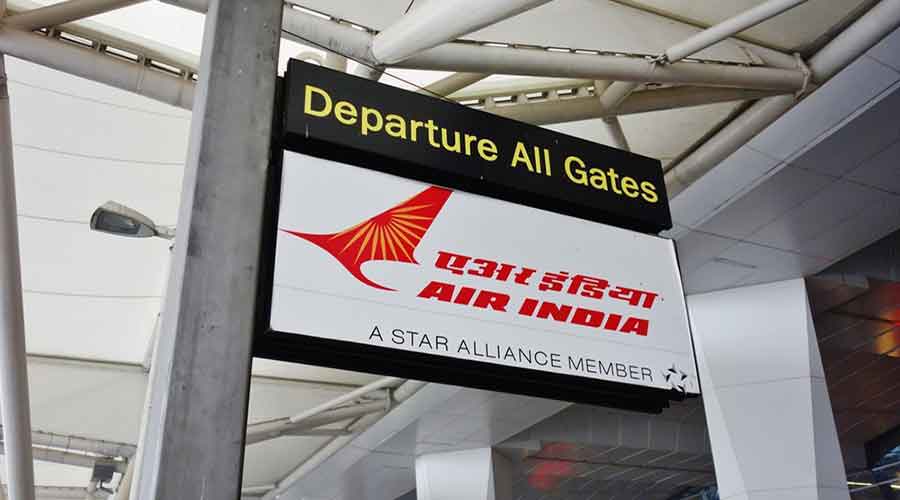 The Indian Commercial Pilots’ Association (IPCA) and the Indian Pilots’ Guild (IPG) pointed to a letter by Air India’s commercial director, Meenakshi Malik, asking the airline’s employees to submit documents and contribute Rs 100,000 each towards acquiring a 51 per cent of the company.
Shutterstock
R. Suryamurthy   |   New Delhi   |   Published 06.12.20, 03:38 AM

Air India employees are divided over their participation in the divestment process of the cash-strapped national carrier. While a section of the employees, led by the top management of Air India, plans to bid for the Maharaja, two pilot unions have jointly opposed the move.

The last date for submitting the expressions of interest is December 14.

Two Air India pilot unions have asked its members not to be part of the employee
consortium to bid for the airline. The Indian Commercial Pilots’ Association (IPCA) and the Indian Pilots’ Guild (IPG) pointed to a letter by Air India’s commercial director, Meenakshi Malik, asking the airline’s employees to submit documents and contribute Rs 100,000 each towards acquiring a 51 per cent of the company. The Telegraph has a copy of both the letters.

In a letter to the team members of Air India, Malik said, “The ownership of the company is what we are bidding for and, thus, we are negotiating with our financial partner so that our employee-management consortium will collectively own and control 51 per cent (that is majority) of our airline. The financial partner will hold the balance 49 per cent of the company,” she said.

“In order to acquire this 51 per cent of the company... each of us will have to make a contribution of no more Rs 1,00,000 to bid for the company... Until we cross Stage 1 (EOI stage), no monies are needed to be collected from the employees,” Malik said.

Malik did not respond to several attempts made to get her version.

However, the pilots’ unions opposing the move asked its members not to acknowledge Malik’s letter until the issue of pay cuts and withholding of 25 per cent arrear is cleared by the top management.

“All pilots are advised not to acknowledge or participate in the process initiated by the management official till the disproportionate 70 per cent pay cut for pilots vis-à-vis Air India’s top management officials (10 per cent) is addressed,” the unions said.

“Also, there is no clarity on the payment of the illegally withheld 25 per cent arrears due to the pilots to date while we approach the deadline of December 14 for the submission of bids for Air India,” they added.

While other major airlines in India have revised the pay cut for its pilots, Air India being a PSU is yet to address the ordeal faced by us. We would like to once again reiterate NOT TO take any part in the process of employee bids in the strategic sale initiated by the top management official till further communication from us,” they added.

“Broadly, the project itself entails participating in a bid process along with all the other participants who wish to take charge and ownership of AI and its assets. If the media reports are true, we will be bidding against, presumably, some of the largest corporate houses in India who will be just as keen and interested in the airline and bid,” Mallik said.

After extending the EoI deadline multiple times, the government has substantially eased the sale terms for the national carrier in favour of prospective acquirers.

An inter-ministerial panel headed by home minister Amit Shah had last month cleared a proposal to sell Air India on the basis of enterprise value instead of the previous equity and pre-fixed debt value.

The change in the sale terms allows bidders to value Air India’s debt instead of the government’s fixed amount. According to the revised criteria, prospective bidders will also have to offer 15 per cent of the value as cash to the airline, while the remaining 85 per cent will remain as debt with Air India.

The government in January this year restarted the divestment process and invited bids for selling 100 per cent of its equity in the state-owned airline, including Air India’s 100 per cent shareholding in Air India Express Ltd, which is the international budget arm and 50 per cent in Air India SATS Airport Services Private Ltd.