Expansion to follow an asset-light approach, as it opts to manage properties 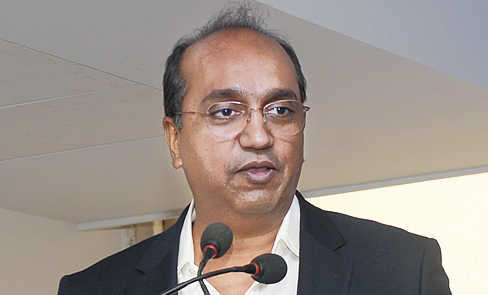 Park Hotels plans to expand its inventory to around 2,000 rooms by the end of March and double that to 4,000 over the next four years.

The Apeejay Surrendra group hospitality flagship currently has a room count of around 1,770 spread between the Park and the “Zone by the Park’ brand. A large part of the upcoming expansion, however, will follow an asset-light approach where the hospitality firm will manage the properties of real estate developers.

“Within this financial year we are going to open Park Mumbai, which is a 62-room property at Juhu. Under the Zone brand, we are going to open a 51-room property in Jammu and a 90-room property in Jaipur. We are also opening six rooms at Denmark Tavern in Serampore. With this addition, our inventory comes close to 2,000. Our plan is to double this over the next four years by adding 500 rooms every year,” said Vijay Dewan, managing director of Apeejay Surrendra Park Hotels.

Dewan was speaking on the sidelines of the launch of the 117-room “Zone by The Park” in New Town, Rajarhat, inside the same complex as the Biswa Bangla Convention Centre.

This will be the eighth property under the Zone brand. Park Hotels will manage the property on a revenue-sharing basis with the state government.

“Zone was launched in 2013 and it is envisioned to cater to the needs of the design-conscious, price-conscious guests. This launch will strengthen the position of Apeejay Surrendra Park Hotels in Bengal as this is the third hotel of the group after Park Calcutta and the historic The Denmark Tavern in Serampore,” said Karan Paul, chairman of Apeejay Group.

“Our focus will be on an asset-light approach where we are going to be managing properties for investors and developers,” Dewan said.

“After waiting for around two years, we have the property opened today. I am glad that Park Hotels has partnered Hidco to run this property,” said Mayor Firhad Hakim.