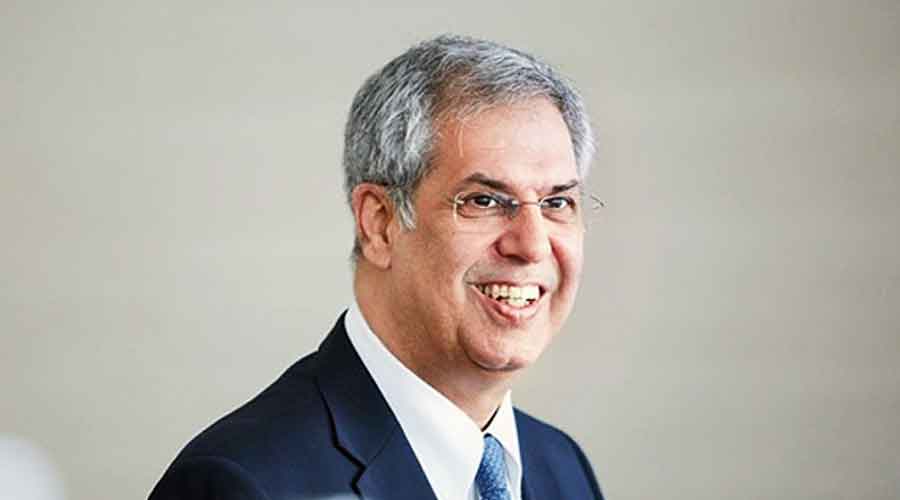 Noel Naval Tata has joined the board of Tata Steel Ltd as the vice-chairman of the company, signalling his ascent in the century-old, salt-to-software behemoth.

Noel, who is half brother to Tata Group patriarch Ratan Tata, will be gracing the board of a frontline Tata group company for the first time even though he is on the board of other group entities, including Titan and Trent.

Last month, it was reported that Noel had joined as a trustee on the board of Sir Dorabji Tata Trust, a major philanthropic institution of the Tata Group.

He is also a trustee on the board of Sir Ratan Tata Trust from 2019. Put together, these two trusts are the major shareholder of Tata Sons, the main holding company of the Tata group’s listed companies that have a combined market capitalisation of $242 billion as on March 31, 2021.

In a filing with the stock exchange, Tata Steel said that based on the recommendations of the nomination and remuneration committee, the board of directors at its meeting on Monday, considered and unanimously approved the appointment of Noel Naval Tata as an additional director (non-executive, non-independent) effective March 28. Further, the board designated Tata as the vice-chairman of the board.

Noel Tata who is married to Aloo Mistry — daughter of Pallonji Mistry and sister of Cyrus Mistry — is currently the chairman of Tata International Limited, Voltas Ltd, Tata Investment Corporation Ltd and is also the vice-chairman of Titan Company Ltd. The Mistry family is a significant minority shareholder of Tata Sons Ltd.

His association with Trent, which operates apparel retail chain Westside, has been the strongest. First as the managing director for more than 11 years, then as vice-chairman and now the chairman from 2014, Noel Tata has overseen the growth of Trent across formats — from a one-store operation in 1998 to over 330 stores across formats in 2020.

But his ascension to the Tata Steel board and designation as its vice-chairman will be keenly observed by corporate watchers as the company holds a special place in the Tata pantheon.

Founded in 1907, many Tata insiders still consider Tata Steel, which reported revenues of Rs 64,869 crore last year, as the flagship of the group even though software giant TCS is way bigger in terms of revenues and market capitalisation.

However, it is likely that Tata Steel will beat all other group companies, including TCS, by posting record profit this fiscal riding the unprecedented commodity boom.

The appointment also comes a month after Natarajan Chandrasekaran received a second five-year term as the chairman of Tata Sons Ltd.

The two appointments seem to suggest that while a professional will exercise control over the operations of the Tata group, a Tata family member will represent the trusts on the board of directors.

One needs to see whether the Tata Steel model will be replicated at other frontline companies, including Tata Motors.

In Tata Steel as with all other major operating Tata companies, Chandrasekaran is the chairman by virtue of being the chairman of Tata Sons.