New data laws likely to be rolled out in 3-4 months after public consultation: Chandrasekhar

We want our exports to go up from the current USD 12-15 billion to USD 120 billion: Union minister 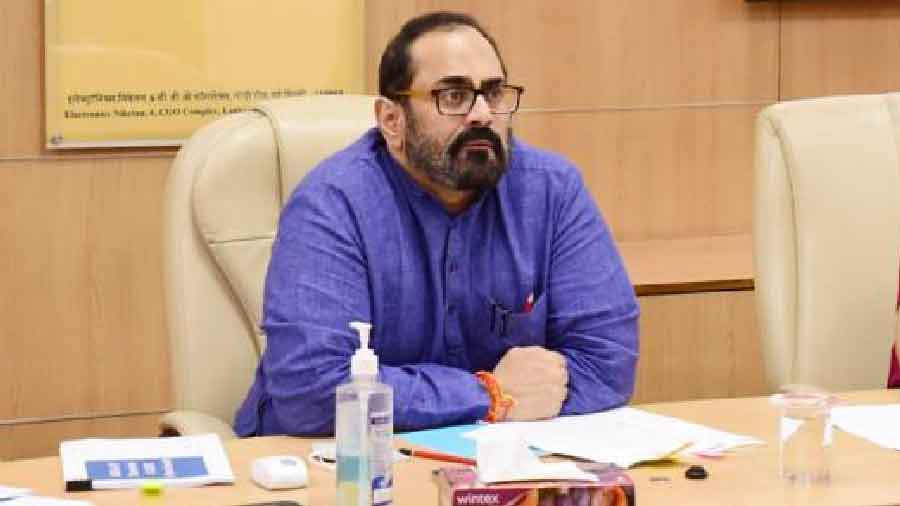 The government is expected to roll out new data laws, including the data privacy bill and Digital India Act, in the next 3-4 months, Union Minister Rajeev Chandrasekhar said on Wednesday.

While speaking at the US-India Business Council (USIBC) event, the Minister of State for Electronics and IT said that the digital economy in the country is going to be USD 1 trillion, which will account for 25 per cent of the total GDP by 2025-26.

"You will see in very quick succession almost together over the next three to four months these new rules and laws and regulations be rolled out. It will be subject to intense public consultation, stakeholder consultation," he said.

He said that the current IT Act was enacted in 2000 and the 22-year-old act trying to regulate the internet, which calls for the need to bring in a new legislative framework.

"We will enact a new legislative framework that addresses that digital space, that acts as a catalyst for the digital economy that will enable more and more inventions and encourage more and more startups and at the same time protects the citizens of India and users in India in terms of openness and public safety and trust in terms of accountability," Chandrasekhar said.

In response to a question on electronics manufacturing, Chandrasekhar said India had strong manufacturing till the late 90s and early 2000 but "reckless opening of imports" and free trade agreements (FTAs) after 2004 increased the country's dependence on imports.

"We had a significant manufacturing sector all the way leading to the nineties and early 2000. It is post-2004 that this sort of dependence on imports... a reckless opening of imports, FTA and not really looking at what our core capacity and capabilities should be as a nation left our manufacturing sector completely destroyed. In 2014 onwards, we have re-built, gained confidence that it is something we can be good at as a nation," the minister said.

He also said that the government's ambition is to build a USD 300 billion electronics manufacturing industry in India by 2025-26 from USD 75 billion at present.

"We want our exports to go up from the current USD 12-15 billion to USD 120 billion. This is a significant jump that we want to make," Chandrasekhar said.

If it’s not a gag, it is a blot on Modi’s Digital India