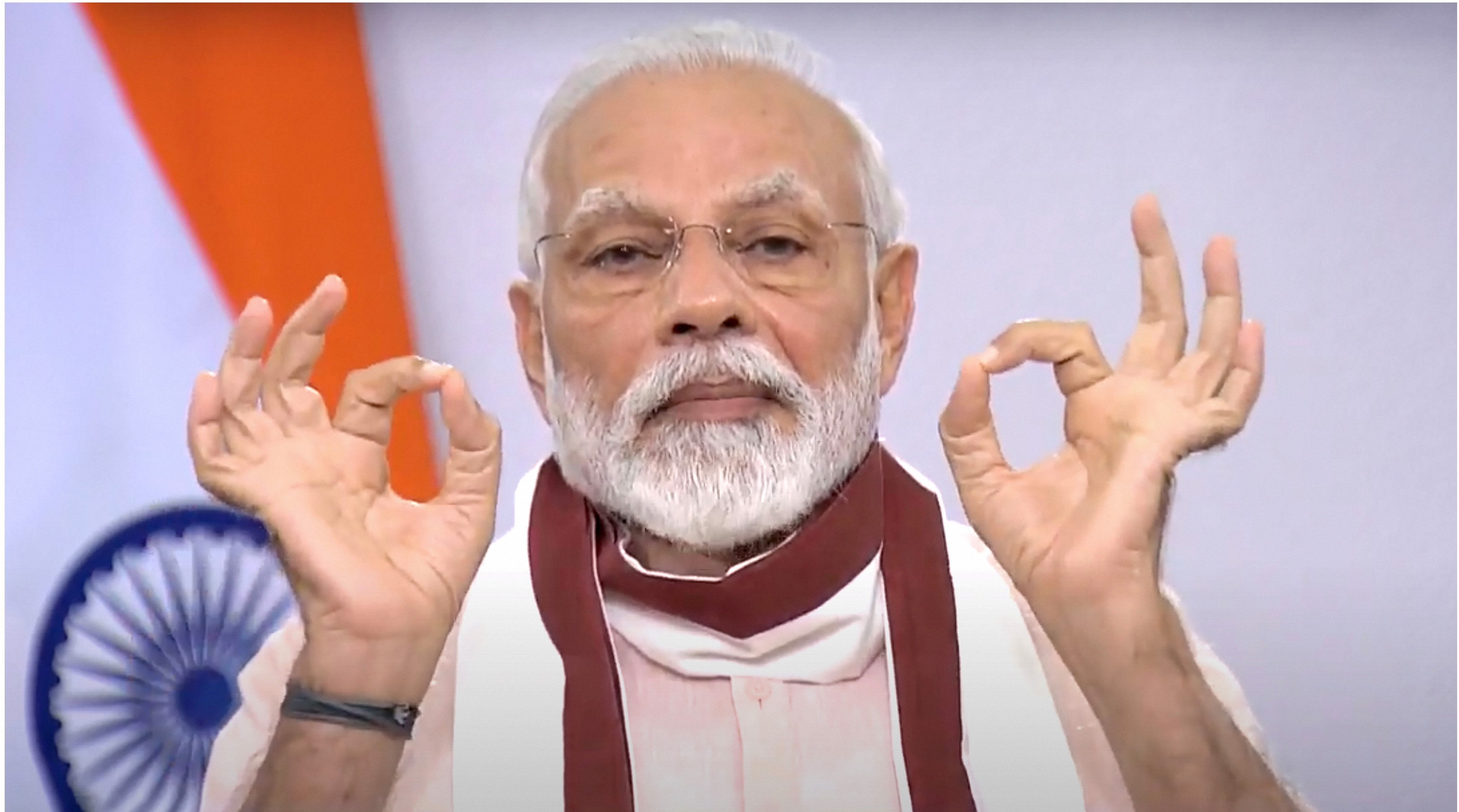 PM Modi is expected to join the annual plenary session of the city-based chamber from Delhi on June 11 digitally as a physical meeting with the members is not possible in the current situation.
PTI
|   Calcutta   |   Published 06.06.20, 06:52 PM

Prime Minister Narendra Modi is set to address the members of the Indian Chambers of Commerce on Thursday, marking his first such interaction with business leaders of Bengal in six years since he assumed the top post.

PM Modi is expected to join the annual plenary session of the city-based chamber from Delhi on June 11 digitally as a physical meeting with the members is not possible in the current situation.

So far Modi, who was the darling of India Inc during his 12-year stint as the chief minister of Gujarat, has addressed only a handful of business chambers after becoming the Prime Minister in 2014. Earlier this week, he made a rare appearance, participating in the annual general meeting of CII, the foremost national chamber, through a video conference.

“We are obviously delighted but are also keeping our fingers crossed. There is always a degree of uncertainty associated with such high profile events,” Rajeev Singh, director-general of ICC, said.

The session with ICC, a predominantly eastern India-focused business body but with a growing national presence, comes at a time when Bengal, where the chamber is based, is at an important juncture.

Bengal, which is facing the double whammy of a virus outbreak and the cyclone Amphan, will go to the Assembly election in less than a year from now. Political pundits expect it to be a keenly contested one where the BJP is hoping to upset incumbent Mamata Banerjee’s Trinamul Congress to form the next government in the state.

The growing significance of the state to top BJP leadership will be at play throughout next week. The ICC event will be PM Modi’s second engagement with Bengal within a month, the first being an aerial survey of the cyclone devastated regions on May 21 along with an administrative review meeting.

On the same day, Union finance minister Nirmala Sitharaman will interact with members of the ICC, which include all the big names of the city business circle on “Opportunity in adversity, looking beyond Covid”.

While it is not known what the PM’s address to the ICC will be about, at the CII meeting earlier this week he dwelled on the theme of Atmanirbhar Bharat, a self reliant India, the latest pitch of his BJP-led government at the Centre, to turn the mounting challenges thrown up by the Covid-19 pandemic into an opportunity for the country.

He also assured Corporate India that the country would get back to the growth path amid a widespread consensus that India’s GDP will contract this fiscal as an extended lockdown took the wind out of the economy.

“Surely, he will talk about the challenges facing the economy and how the stimulus package and proposed reforms can change the course of the country. We will also watch out for what he has to say specific to the East and Bengal,” an industrialist, who is likely to join the meeting, said.

Incidentally, the event will come as a full circle for the chamber. ICC was instrumental in hosting a meeting of PM Modi in 2013 in Calcutta when he was the CM of Gujarat and only a presumptive BJP nominee for the PM post.

However, at that time the BJP was keeping all its options open, including an alliance with Banerjee’s Trinamul, to form a government at the Centre by defeating the Congress. But at the Assembly elections in 2021, there will not be any love lost between the two political parties for sure.