Centre’s decision is a jolt to Bharti Airtel, Reliance Jio and Vodafone Idea 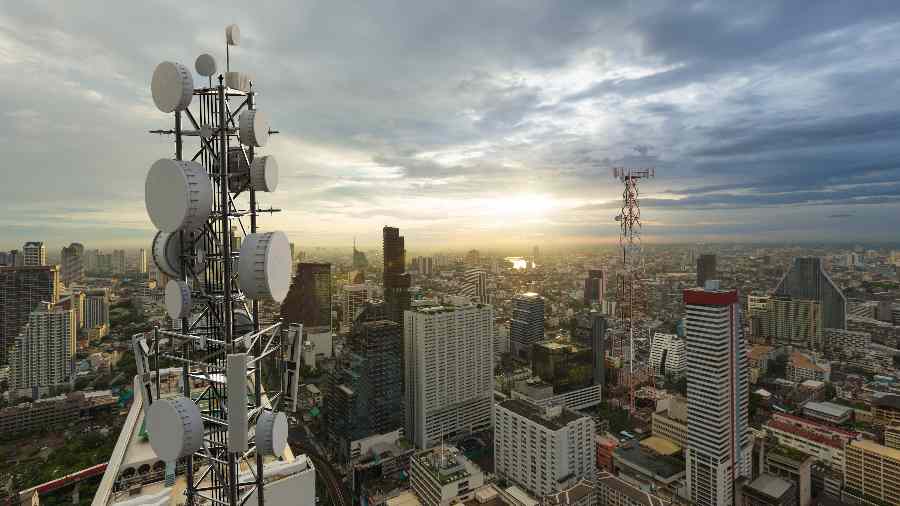 Broadband India Forum — whose members include tech giants Google, Amazon, Meta, Tata Consultancy Services (TCS) — had made a strong pitch for the direct allocation of spectrum to private 5G networks at a nominal administrative fee.
Shutterstock
Our Special Correspondent   |   New Delhi   |   Published 16.06.22, 02:35 AM

The move to allow private 5G networks has generated a heated war of words between influential industry bodies: COAI, which represents telecom firms, and Broadband India Forum (BIF), which represents tech companies such as TCS, Amazon, Google and Facebook.

The COAI has argued that private networks will “diminish the revenue so much that there will be no viable business case left for the telecom service providers”.

The BIF has labelled the idea of revenue loss a “misconception” and said more business activity will lead to companies spending more on external communications.

“Enterprises setting up captive non-public networks (CNPNs) may obtain the spectrum directly from DoT and establish their own isolated network,” said the notice inviting applications .

The NIA, though, said “DoT would undertake demand studies, and thereafter seek recommendations of the telecom regulator for direct assignment of spectrum to such enterprises”.

Analysts said the telcos would potentially stand to lose out heavily on future 5G enterprise business revenues, estimated to make up around 40 per cent of the overall 5G revenues.

Telecom analyst Mahesh Uppal said "it is not clear how private networks will be implemented. Telcos are expected to oppose the move. There is a lack of clarity on spectrum pricing for private networks. The 5G auction is already delayed and I don't see aggressive bidding by telcos. The separation of private networks puts a question mark on the business case for 5G."

Airtel and Jio had vehemently opposed the proposal from the likes of Tata Consultancy Services who sought spectrum directly  run its own private 5G enterprise network.

The Cellular Operators Association of India (COAI) had last week written to telecom minister Ashwini Vaishnaw stating that “any move to directly allocate spectrum to non-telco enterprises, would degrade the 5G services business case for telcos and make capex-intensive 5G network rollouts meaningless for them”.

The BIF which is in favour of private networks, said the Cabinet’s decision is a forward-looking step that will drive digital transformation, augment industry efficiencies and lead to greater economic benefits.

A private 5G network enables enterprises to dedicate bandwidth for robotics and industrial IoT, with control over data, security and networks. It can be tailored for specific industry needs.