The conglomerate reports a consolidated gain of Rs 303.14 crore against Rs 1,472.58 crore in the year-ago period 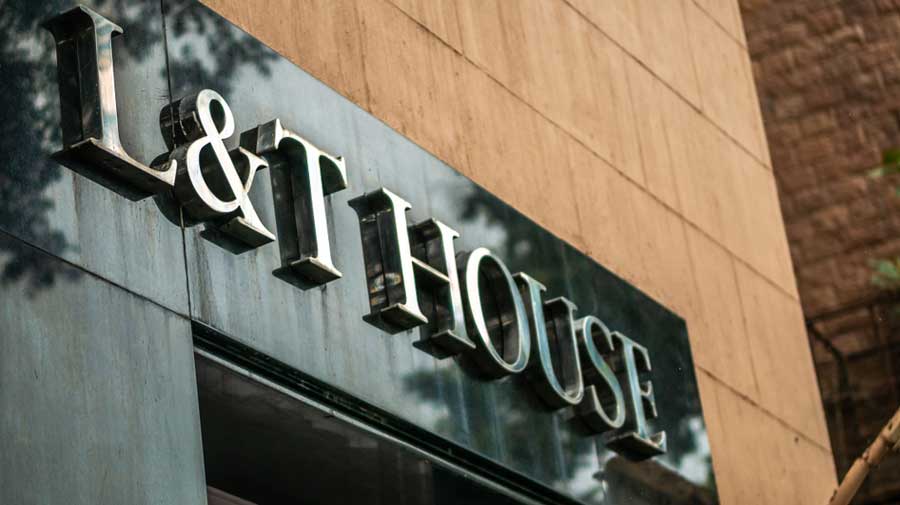 Net profits at Larsen & Toubro slumped 79 per cent for the quarter ended June 30, 2020 as orders took a beating and industrial activity was affected by the lockdown.

The conglomerate reported a consolidated net profit of Rs 303.14 crore against Rs 1,472.58 crore in the year-ago period. The results would have been worse had it not been for exceptional items of Rs 225 crore and deferred tax writeback of Rs 307 crore.

The lockdown had its impact on L&T’s topline during the period with consolidated revenues from operations falling to Rs 21,259.97 crore from Rs 29,635.95 crore in the corresponding period of the previous year.

L&T said that its revenues were impacted by the nation-wide lockdown that halted manufacturing and construction activities, created a labour crunch and disrupted the supply chain ecosystem.

It added that international revenues during the quarter at Rs 9,497 crore constituted 45 per cent of the total revenue, with increased composition of the non-cyclical IT & ITES segment.

The quarter saw L&T bagging orders worth Rs 23,574 crore at the group level, a decline of 39 per cent. The company said the April-June period was marked by low interest towards fresh investment and deferment of award decisions.

International orders during the quarter stood at Rs 8,872 crore and constituted 38 per cent of the total order inflow.

Commenting on the performance of various divisions, L&T said that the infrastructure segment secured orders of Rs 11,349 crore, during the quarter ended June 30, lower by 32 per cent as against the corresponding quarter of the previous year. This division recorded customer revenue of Rs 6,393 crore, registering a decline of 53 per cent, with stoppage in project execution on account of nation-wide lockdown, restricted availability of labour and disruptions to the supply chain ecosystem.

The operating margins of the segment during the quarter was stable at 6.3 per cent against 6.4 per cent recorded in the same quarter of the previous year

On the other hand, the power segment did not receive any major orders for the quarter due to the significant slowdown in the sector consequent to the recessionary economic conditions. It recorded customer revenue of Rs 374 crore during the period thus showing a decline of 33 per cent over the year ago quatter.