The department of telecom had quantified Vodafone Idea’s repayment burden at Rs 28,310 crore 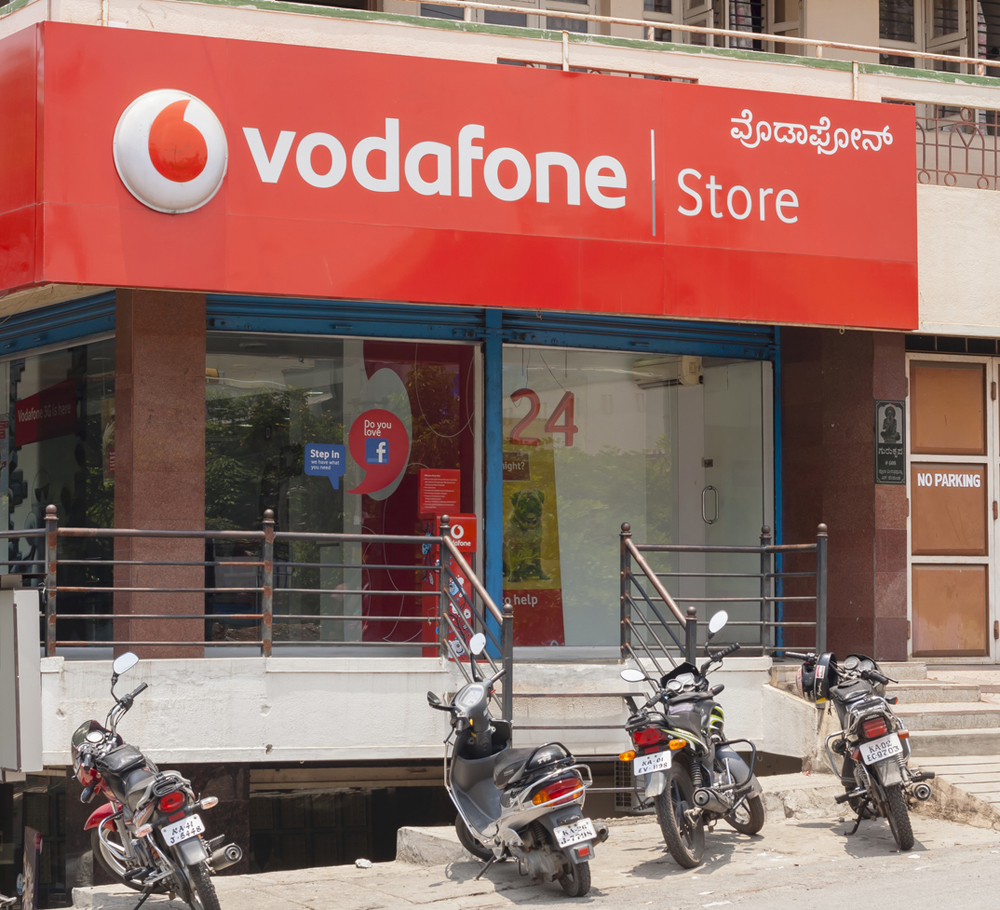 Vodafone had asked the government for a relief package comprising a two-year moratorium on spectrum payments, lower license fees and taxes and the waiving of interest and penalties on the Supreme Court case, which centered on regulatory fees
(iStock)
Our Bureau And Reuters   |   Mumbai   |   Published 12.11.19, 06:19 PM

Vodafone said its future in India could be in doubt unless the government stopped hitting operators with higher taxes and charges.

On Tuesday, Vodafone Plc reported a loss of 1.9 billion euros in the first half ended September 30 which, it said, “primarily reflects losses in relation to Vodafone Idea post an adverse judgment against the industry by the Supreme Court of India”.

On October 24, the Supreme Court had ordered legacy telecom players such as Vodafone Idea Ltd (VIL) and Bharti Airtel to pay licence fee arrears since 2003 of over Rs 1.3 lakh crore within the next three months.

The department of telecom had quantified Vodafone Idea’s repayment burden at Rs 28,310 crore but this could be substantially higher.

Vodafone Group chief executive Nick Read said India — where Vodafone formed a joint venture with Idea Cellular in 2018 — had been “a very challenging situation for a long time”, but Vodafone Idea still had 300 million customers, equating to a 30 per cent share of the sizeable market.

“Financially there’s been a heavy burden through unsupportive regulation, excessive taxes and on top of that we got the negative Supreme Court decision,” he said on Tuesday.

Vodafone had asked the government for a relief package comprising a two-year moratorium on spectrum payments, lower license fees and taxes and the waiving of interest and penalties on the Supreme Court case, which centered on regulatory fees.

Asked if it made sense for Vodafone to remain in India without such a relief package, he said: “It’s fair to say it’s a very critical situation.”

The Vodafone group has written down the carrying value of its 45.2 per cent stake in Vodafone Idea to zero after the Supreme Court verdict from 1,392 million euros at the end of March 31 this year. In May, the group had invested 1,410 million euros via a rights issue.

“As the Group has no obligation to fund VIL losses, it has recognised its share of estimated Vodafone Idea Limited losses arising from both its operating activities and those in relation to the AGR judgment to an amount that is limited to the remaining carrying value of VIL, which is, therefore, reduced to nil,” the group said in a statement.

Vodafone Group — which had classified its stake in its Indian operations as assets held for sale for several years — has not been consolidating the revenues of its local outfit in the group’s revenues.

“Significant uncertainties exist in relation to VIL’s ability to generate the cash flow that it needs to settle, or refinance its liabilities and guarantees as they fall due, including those relating to the Supreme Court judgment,” the group said.

The board of Vodafone Idea is scheduled to meet on Thursday to approve the second quarter results.

The Vodafone group said its potential exposure to payouts due from Vodafone Idea was capped at Rs 8,400 crore (1.1 billion euros) “under a mechanism for payment between the Group and Vodafone Idea Ltd” as part of the agreement to merge Vodafone India with Idea Cellular.

This mechanism covers all contingent liabilities in relation to legal, regulatory, tax and other matters, including the adjusted gross revenue (AGR) case that was decided last month by the Supreme Court and refunds relating to Vodafone India and Idea Cellular.

AGR is a concept that the DoT uses to compute licence and other regulatory fees.

“Any future payments by the Group to VIL as a result of this agreement would only be made after satisfaction of contractual conditions. Having considered the possible future developments for VIL, the Group has concluded that there are significant uncertainties in relation to VIL’s ability to settle the liabilities relating to the AGR judgment and has not assessed a cash outflow under the agreement to be probable at this time,” Vodafone Group said.

The group said the Indian government has sought to impose one-time spectrum charges of approximately 525 million euros on certain operating subsidiaries of VIL.

Vodafone Idea has filed a petition before the telecom dispute settlement appellate tribunal (TDSAT) challenging the one-time spectrum charges on the ground that it is illegal and violate VIL’s licence terms. It described the move as “arbitrary, unreasonable and discriminatory”.

The tribunal has stayed enforcement of the government’s spectrum demand pending resolution of the dispute. In July 2019. The tribunal set aside the DoT’s demand for spectrum up to 6.2Mhz but upheld, in part, the demand above 6.2 Mhz and gave the DoT three months to issue a new demand accordingly. “We await the revised demand,” the group said.

The world’s second largest mobile operator reported improving organic revenue growth with signs of improvement in Spain and Italy and as it integrates a German cable acquisition.

It said organic service revenue rose 0.3 per cent in the first half, as it returned to growth in the second quarter, while organic core earnings rose 1.4 per cent.

Apart from India, Read said he was pleased with progress.

“This is reflected in our return to top-line growth in the second quarter, which we expect to build upon in the second half of the year in both Europe and Africa,” he said.

Read cut Vodafone’s dividend for the first time in May after tough market conditions and a need to invest in its networks and airwaves caused him to backtrack on his pledge not to reduce the payout.