Effective holding of the family slips in 3 frontline manufacturing companies 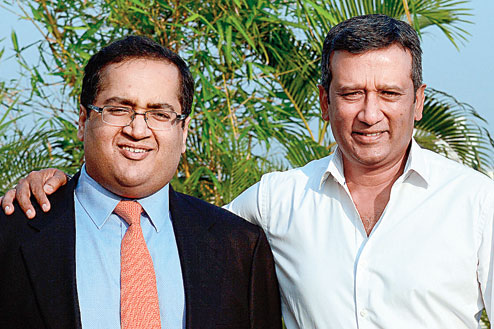 DMI Finance Private Ltd, a Delhi-based non-banking finance company, which held the pledged shares of Eveready Industries Ltd, McLeod Russel India Ltd and McNally Bharat Engineering Co Ltd, invoked a part of the promoters’ shares with it in all the three companies earlier this month. Consequently, the effective holding of the promoter Khaitan family slipped further in all the three companies.

DMI, where the Burman family of FMCG major Dabur holds a stake, sold the most in troubled engineering firm McNally where it invoked 3.57 per cent. It invoked 1.18 per cent in bulk tea producer McLeod and 0.83 per cent in battery, flashlight and appliance maker Eveready.

Following this, promoter holding in Eveready, the best performer and the least indebted in the group — founded by late Brij Mohan Khaitan — became the least among the three companies. The family, represented primarily by BM’s son Aditya Khaitan and grandson Amritangshu, holds a shade over 22 per cent in the company down from 44.11 per cent as on March 31, 2019.

By the end of the last fiscal, promoter holding was down to 22.99 per cent as the lenders who held the company’s shares as collateral/pledge in lieu of loan extended to the promoters or promoter group companies invoked those shares incessantly. During the January-March quarter, promoter holdings were shaved off by 5 per cent.

While Burman-backed DMI, founded in 2008 by former Citigroup executives Shivashish Chatterjee & Yuvarja Singh, trimmed its stake, the Burman family’s direct holding in Eveready rose to 9.26 per cent by March 2020.

There has been speculation that the Burmans may invest in Eveready further, take up a board berth and manage the company with the Khaitans. The stock closed at Rs 78.2 on Friday, gaining 59 per cent in the last three months and close to a 52-week high of Rs 88.45.

The management has maintained that it was exploring a comprehensive restructuring of the outstanding group debt with the lenders who appointed SBI Caps to work out a deal. However, nothing has come out of it as yet. The plan included selling non-core assets and the infusion of fresh funds.

The company’s board will meet on July 1 to finalise the fourth-quarter results and declare dividends, if possible.

Investors in McLeod, where 98.16 per cent of the 27 per cent holding of the promoters were pledged as on March 31, got a spectacular 347 per cent return in the last three months, allowing lenders like DMI to invoke their shares. The stock closed at Rs 8.51 on Friday. The recent spurt in tea prices, backed by crop loss during lockdown, reflected on the stock rally.