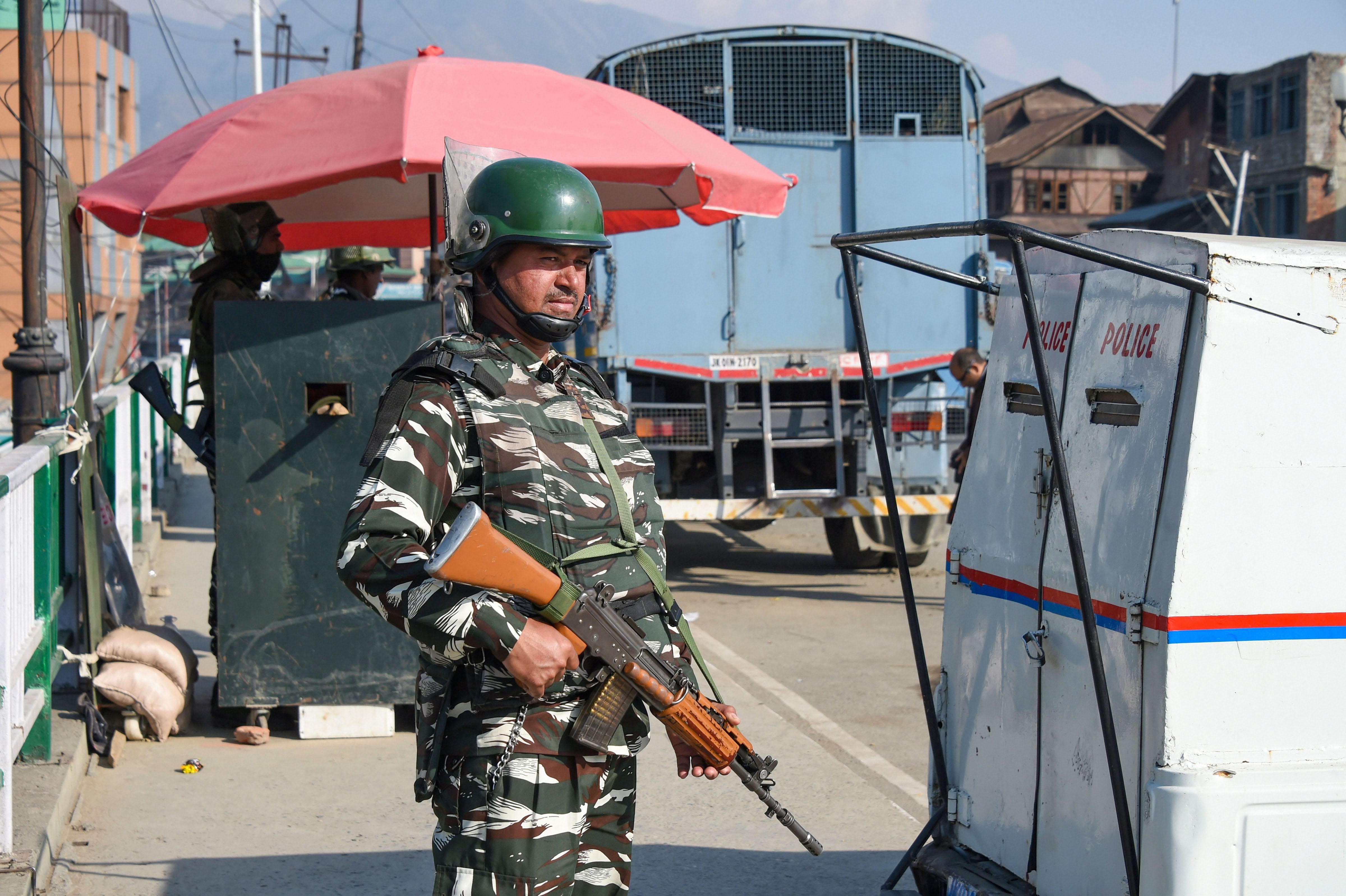 The shutdown in Kashmir has crippled the Valley's economy as the business community has suffered losses amounting to over Rs 10,000 crore in three months, a trade body said in Srinagar.

The deadlock in Kashmir, after the Centre announced the abrogation of special status granted to Jammu and Kashmir under Article 370 on August 5, completed 84 days on Sunday with the Valley in shutdown as the main markets continued to remain closed and public transport were off the roads.

Some shops open for a few hours early in the morning and late in the evening in certain areas, including in the city centre of Lal Chowk in Srinagar, but the main markets are shut.

Sheikh Ashiq, president of the Kashmir Chamber of Commerce and Industry (KCCI), said while it was difficult to assess the nature of losses as the situation was not normal yet, the business community has received a serious jolt from which it is very difficult to recover.

'The running business losses for Kashmir region have crossed Rs 10,000 crore and all sectors have been severely hit. It has been nearly three months now and yet the people are not doing business because of the prevailing situation. There has been some activity in the recent weeks, but the feedback that we are getting is that the business is dull,' Ashiq told PTI.

He identified the suspension of internet services as the main factor for the losses.

'In today's times, the basic need of any business is the internet which is missing on the ground. We have conveyed it to the governor's administration that the businesses will suffer in Kashmir, the economy will weaken, which will have huge consequences in the longer run,' he said.

Giving examples of several sectors, Ashiq said the IT sector was an upcoming sector and there are companies which were providing services in the US, in Europe and their businesses have been affected by the suspension of internet facilities.

'If we take the handicraft sector, people associated with the trade receive orders in July-August and have to deliver the products around Christmas and New Year. When they can implement these orders, only then would they be served. There is no connectivity, so there were no orders resulting in loss of jobs to over 50,000 artisans and weavers,' he said.

The KCCI president said the government should own responsibility for the losses and take steps to mitigate the sufferings of the traders.

'This is not about losses in business only. We will be facing technical issues like GST, online returns, whether you make business or not, we will face them and other issues like that. We are not falling under certain guidelines because we are missing them. So, there should be a system for these sort of things for this region.' he said.

'We are disturbed even at the moment. Who will think about this? The government has to take the responsibility and it has to come out with the ways,' Ashiq added.

He said the development of the Valley has come to a standstill.

'We had about Rs 2,000 crore worth of development projects, which have been pushed back because the workforce has left the Valley. Now, we have to assure them, like tourists, and it will take time,' he said.

Ashiq said it is the responsibility of the government to come out with various measures like certain packages for the business community in the prevailing circumstances.

'They have not approached us yet, but they may in the coming month,' he said.

Asked about the detention of some business leaders, Ashiq said it was unfortunate and believed that businesses in Kashmir Valley should not be politicised.

'Let business be a separate thing. This is what KCCI believes in. Let there be no politicisation (of business),' he said.

He said the KCCI has taken up the release of Kashmir Traders and Manufacturers Federation (KTMF) president Mohammad Yasin Khan, whose mother passed away a few days ago. 'At least, he should be released on humanitarian grounds.'

Ashiq said the business community in Kashmir was not against outside investments in the Valley and KCCI would always be at the forefront in inviting foreign investments.

'We are not against investments, but we have not been taken on board on anything about some people wanting to invest here. It was the government's endeavour even before New Delhi took this decision (on Article 370) to get investments,' the KCCI president said.