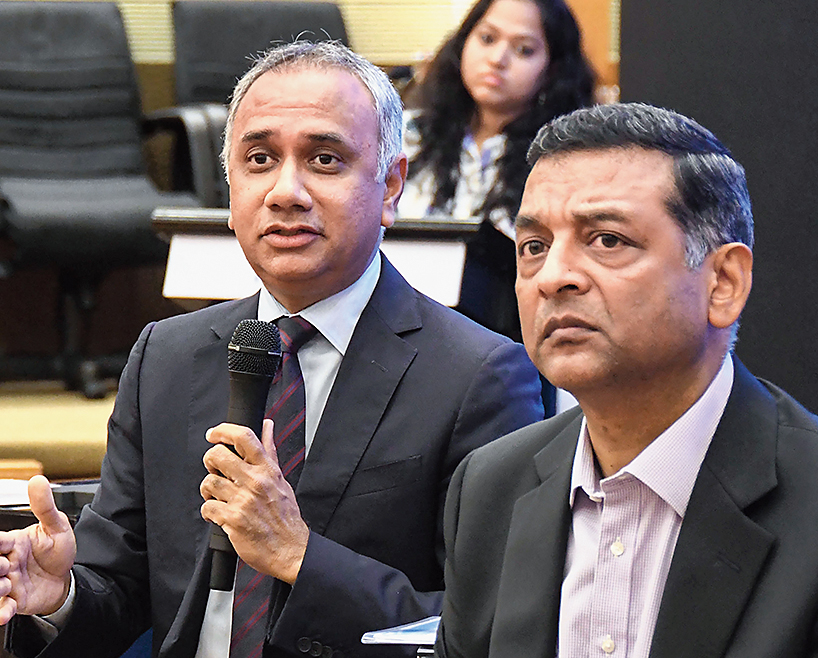 Infosys on Friday reported better-than-expected net profit for the first quarter ended June 30 and raised its revenue guidance for the year on optimism that all its business segments will do well.

The country’s second-largest IT services provider also revised the amount it will return to shareholders by way of dividends or share buybacks.

The Bangalore-based firm reported a net profit of Rs 3,802 crore during the April-June period compared with Rs 3,612 crore in the corresponding period of the previous year. Analysts were expecting the company to report net profits of around Rs 3,700 crore.

Amidst concerns over a global slowdown, Infosys bagged deals worth $2.7 billion during the quarter, its highest ever. This, along with a better performance from various verticals and geographies, helped its revenues to rise 14 per cent to Rs 21,803 crore from Rs 19,128 crore in the year-ago period.

Digital revenues at $1,119 million grew almost 42 per cent over the same period last year. It now accounts for over 35 per cent of its revenues.

“We had a strong start to 2019-20 with constant currency growth accelerating to 12.4 per cent on year-over-year basis and digital revenue growth of 41.9 per cent. This was achieved through our consistent client focus and investments which have strengthened our client relationships,” Salil Parekh, CEO & MD of Infosys, said while commenting on its performance during the quarter.

While analysts had expected Infosys to retain its earlier guidance of 7.5-9.5 per cent, the company raised its forecast to 8.5-10 per cent.

There was more good news for shareholders with the company announcing that it is revising the capital allocation policy.

Infosys said it will now distribute around 85 per cent of free cash flows cumulatively over a five-year period. Its existing policy was to pay up to 70 per cent of the free cash flow annually by way of dividend and/or buyback.

Infosys here said that the board reviewed and approved a revised capital allocation policy after taking into consideration the strategic and operational cash requirements.