Advertisement
Home / Business / India will stand out with 7 per cent growth rate in FY23 amid global gloom, says EAC-PM member

India will stand out with 7 per cent growth rate in FY23 amid global gloom, says EAC-PM member 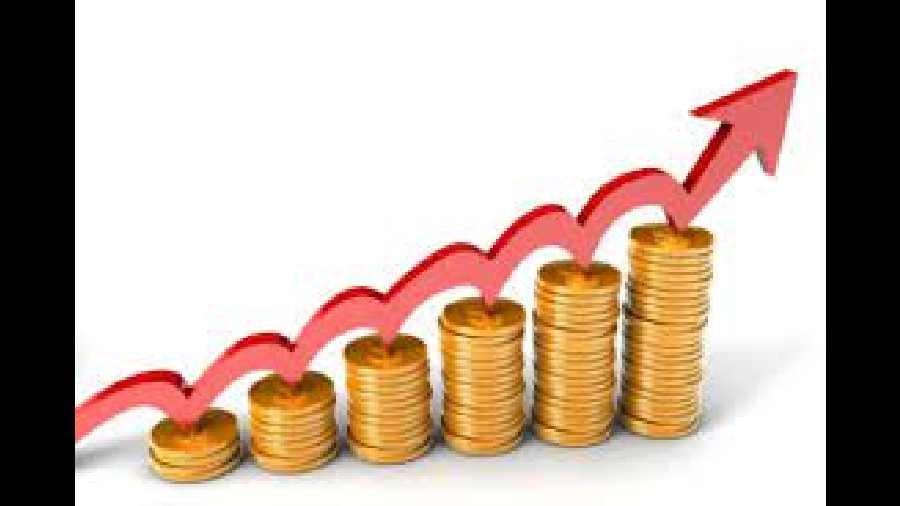 Amid fears of the world slipping into recession, India will perhaps emerge as the strongest major economy with 7 per cent growth rate in FY23, Economic Advisory Council to the Prime Minister (EAC-PM) member Sanjeev Sanyal said on Sunday.

Sanyal observed that India can grow at 9 per cent in an external conducive environment like in early 2000s when the global economy was growing.

"We are clearly entering an environment where many countries around the world will be facing much slower growth or even slipping into recession.

"This is due to a combination of factors ranging from tighter monetary policy to higher energy costs, as well as disruptions caused by the Ukraine war," he told PTI in an interview.

The World Bank on October 6 projected 6.5 per cent growth rate for the Indian economy for 2022-23, a drop of one percentage point from its June 2022 projections, citing deteriorating international environment.

"Under those circumstances, India's performance will stand out as being perhaps the strongest of any major economy in the world with around 7 per cent GDP growth rate in current fiscal year nonetheless," Sanyal said.

He emphasised that the cumulative impact of supply side reforms over many years by the Modi government has meant that India's economy is currently much more flexible and resilient than it used to be.

Sanyal noted that if India gets an external environment like the one it had during 2002-03 to 2006-07 when the global economy was growing, global inflationary pressures were muted, then its economy is capable of delivering 9 per cent growth.

"But obviously, we are not in that environment right now. So given that situation 7 per cent GDP growth rate is a good performance," he said.

The EAC-PM member however cautioned against pushing growth unnecessarily "when the highway has so many bumps and hurdles in the way".

The Reserve Bank of India recently slashed the growth projection to 7 per cent for current fiscal year from the earlier forecast of 7.2 per cent, citing aggressive tightening of monetary policies globally and moderation in demand.

On the Indian rupee touching a historic low last week, Sanyal said,"I don't think we should get too fussed about looking at just the dollar INR exchange rate."

Noting that the Reserve Bank is correct in allowing the rupee to find its level while at the same time using the reserves to smoothen the volatility, he said " the central bank should not defend a particular level, it should however, use its reserves to control volatility.

The rupee hit a historic low of 82.33 to a dollar on Friday.

Recently, RBI Governor Shaktikanta Das said that the central bank has zero tolerance for volatile and bumpy movement in the rupee and added that the RBI actions have helped in its smoother movement.

He pointed out that inflation in many developed countries is in double digits and in many emerging economies, it is 70 to 80 per cent.

"So in that context, I think 7 per cent (inflation) is a creditable performance.

"But of course, in the medium term, we would like to bring it back into the 2 to 6 per cent range and the Reserve Bank is taking measures, including tightening monetary policy to be able to make sure that inflation remains in a reasonable range," he emphasised.

India's retail inflation was at 7 per cent in August, above the RBI's comfort level of 6 per cent, mainly due to higher food prices.

The Reserve Bank factors in retail inflation while deciding on its monetary policy and it has been mandated by the government to ensure that inflation remains at 4 per cent with a margin of 2 per cent on either side.