'Economy will shrink, India will slide into recession' 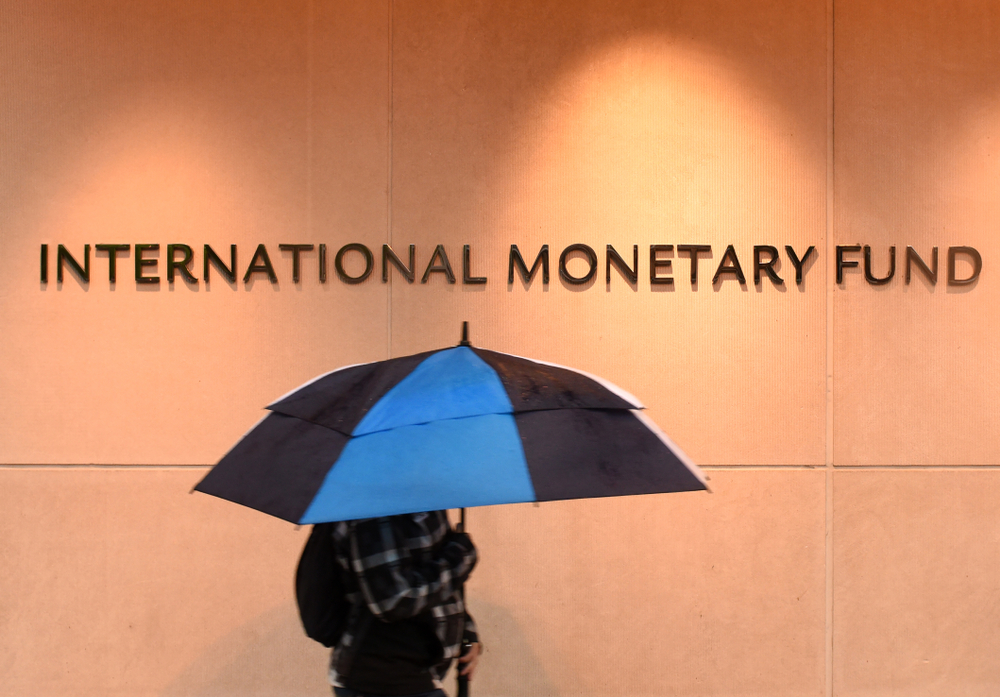 The IMF warned that the global economy would shrink by 4.9 per cent this year, sharply lower than the April forecast of a 3 per cent contraction.
Shutterstock
Our Special Correspondent   |   New Delhi   |   Published 25.06.20, 01:51 AM

The International Monetary Fund on Wednesday poured more misery on the Narendra Modi government with its latest forecast that India would see its growth contract by 4.5 per cent this fiscal, sliding into a recession along with the rest of the world.

The IMF warned that the global economy would shrink by 4.9 per cent this year, sharply lower than the April forecast of a 3 per cent contraction.

But in less than three months, any fleeting comfort that the Centre may have drawn from that earlier forecast in the IMF’s World Economic Outlook has simply vanished.

“India’s lockdown has lasted longer than we expected. The recovery has been slower, resulting in a downward revision,” she added.

The IMF’s forecast of a contraction in the Indian economy is worse than the World Bank’s projection of a 3.2 per cent contraction this fiscal but better than the global credit rating agency Standard and Poor’s prediction of minus 5 per cent.

However, the IMF expects the Indian economy to bounce back to 6 per cent in fiscal 2021. But China — which is projected to grow 1 per cent this year — will grow at a pacier 8.2 per cent.

This would suggest a V-shaped recovery that many economists remain sceptical of. The recovery will, however, be slower than the sharp rebound of 7.4 per cent that the IMF had forecast for India back in April.

The forecasts for the world’s major economies this year are numbing: the US is expected to contract by 8 per cent this year, the UK by 10.2 per cent, Germany by 7.8 per cent, France by 12.5 per cent, Italy and Spain by 12.8 per cent each, and Japan by 5.8 per cent.

“The Covid-19 pandemic has had a more negative impact on activity in the first half of 2020 than anticipated, and the recovery is projected to be more gradual than previously forecast,” the IMF said on Wednesday in its World Economic Outlook update.

“The strength of the recovery is highly uncertain as there is no vaccine to cure the Covid-19 infection,” Gopinath added.

The Fund downgraded its global GDP forecast for 2021. It now expects a growth rate of 5.4 per cent from the 5.8 per cent forecast made in April.

It said the downward revision was due to social-distancing measures that were likely to remain in place during the second half of the year, with productivity and supply chains being hit.

“For economies struggling to control infection rates, a lengthier lockdown will inflict an additional toll on activity,” the report said.

“This crisis calls for exceptional policy support, both fiscal and monetary,” Gopinath said, adding that most economies had responded with appropriate stimulus measures.

She, however, ducked a pointed question on the adequacy of India’s Rs 20-trillion stimulus package during the media conference.

N.R. Bhanumurthy, vice-chancellor of the Bangalore-based Dr B.R. Ambedkar School of Economics, said: “This is a very pessimistic number and I don’t think the IMF has factored in the measures taken by the Reserve Bank of India and the government. While there was a sharp reduction in growth in the first quarter, we should expect a decent recovery at least in the fourth quarter due to the policy interventions.”

At the Washington media conference, Gopinath said: “This crisis is not over…. The nature of policy intervention will need to change over time.”

The IMF report said: “Where economies are reopening, targeted support should be gradually unwound as the recovery gets under way, and policies should provide stimulus to lift demand and ease and incentivise the reallocation of resources away from sectors likely to emerge persistently smaller after the pandemic.”