Only 3,530 units were launched by developers in 2020, a year marked by disruption because of the Covid-19 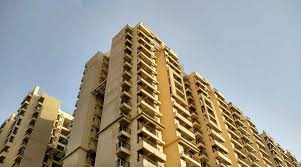 The fall is most among the seven cities surveyed and also below the cumulative average 46 per cent
File picture
Our Special Correspondent   |   Calcutta   |   Published 22.12.20, 01:12 AM

Fresh supply of housing stock, a barometer of builders’ confidence in the prospects of the realty market, fell in Calcutta most among the top seven cities of the country, a report published by brokerage and consultancy Anarock noted.

The fall is most among the seven cities surveyed and also below the cumulative average 46 per cent. A steep decline in new offerings, while limiting the choice of buyers in general, proved to be beneficial in the clearing up of old stocks.

Unsold inventory dropped 8 per cent in Calcutta, the most among markets surveyed by the report, indicating that developers focused on generating cash flow by liquidating old stock.

Except for Chennai and Hyderabad, sales were more than launches. In Calcutta, top grade builders sold 7,150 units in 2020, down by nearly half from 2019 when 13,930 units were sold. Put together, the seven cities reported a 47 per cent decline in housing sales.

While much of the damage to the markets happened during the March-June period, when the country was under severe lockdown, buyers returned to the market from August onwards.

“Anarock data reveals that the festive quarter (October-December period) stood out among all four quarters in 2020, witnessing maximum sales due to multiple offers and discounts, low interest rates and limited-period stamp duty cuts in states such as Maharashtra,” Anuj Puri, managing director of Anarock said, adding the growth has set the stage for a revival in 2021.