The minister who alleged that his voice was muzzled on Saturday, said the Council was being taken for granted when it comes to decisions on procedures or rates 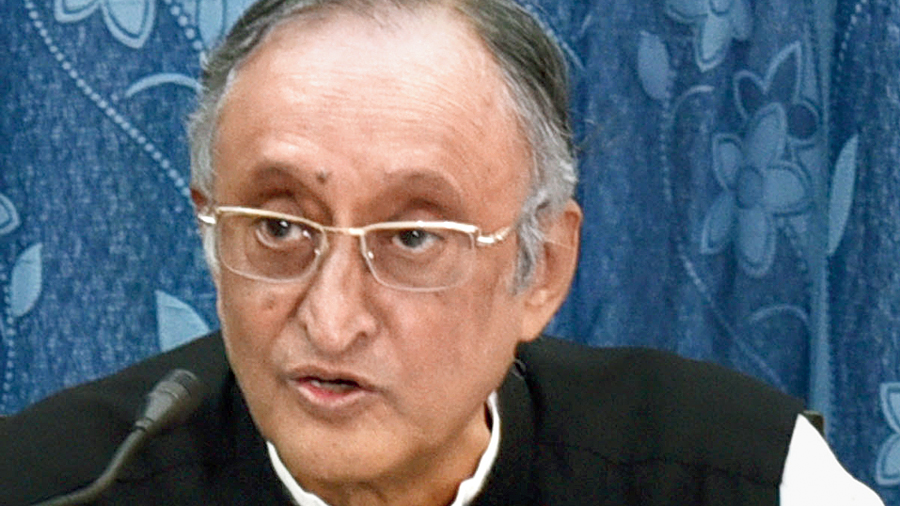 The GST Council is moving away from a consensus-based approach to conduct business to an ‘authoritarian and majoritarian regime’ where big decisions are being rammed through without taking opposing views on board, Bengal finance minister Amit Mitra alleged on Monday.

Two days after his suggestions and those of eight other non-BJP ruled states to bring all Covid-related items to under zero rated tax were undermined and Mitra’s last minute objection was overlooked under controversial circumstances, the Bengal FM described the events at the Council as a ‘worrying sign’ for the future of the only all-inclusive federalist structure of the nation.

He cited many instances from the past when the GST Council ploughed through differing opinions of the states to come to a consensus, especially when Arun Jaitley was the Union finance minister.

“Things have slipped in the last couple of years. The Council has moved away from a consensus building approach to an omnipotent authoritarian regime,” Mitra said at a press conference. Nirmala Sitharaman became the FM during the second BJP government in 2019.

The minister who had alleged that his voice was muzzled on Saturday, prompting him to write a letter to record an official dissent note, said the Council was being taken for granted when it comes to decisions on procedures or rates.

He demanded that an enquiry should be made why he could not be heard as the microphones were controlled by the central government establishments. Bengal chief minister Mamata Banerjee also referred to it this afternoon, slamming the BJP for not allowing Mitra to speak.

Even though rules of conducting business allows voting on a proposal, the Council, where all states and Union Territories are members, took that route only once in the past. Mitra said he had supported Gujarat when the Centre wanted to keep all business activities within 12 kilometres from the coastline under central GST.

“If we go for voting, it becomes a majority decision, not based on consensus. What we can see that the Centre is not willing to build consensus but ram through their decisions,” Mitra said.

The GST implementation council, which comprises nine members — secretaries from four states, four secretaries from the Centre and one from the GST secretariat — is now framing rules and bringing them to the Council for mere approval. Similarly, the fitment committee, which is supposed to look at rates, sends its proposals at the last moment to the states, which merely approve them at the meeting.

At times, the decisions are taken outside the Council meeting. For instance, the Centre stuck to its guns insisting that states must borrow from the market to meet the shortfall in collection of cess to provide compensation at the end of a Council meeting in 2020. However, when the RBI suggested that the Centre should borrow and pass it on the states back to back, it agreed without calling a Council meeting.

Asked what could be the next course of action for states that had demanded a zero rated tax on Covid related items, Mitra said he wanted to bring the matter before the ‘people’s court’.