Government to divest 10% in SAIL

The OFS, which will hit the market on Thursday, will have a floor price of Rs 64 a share 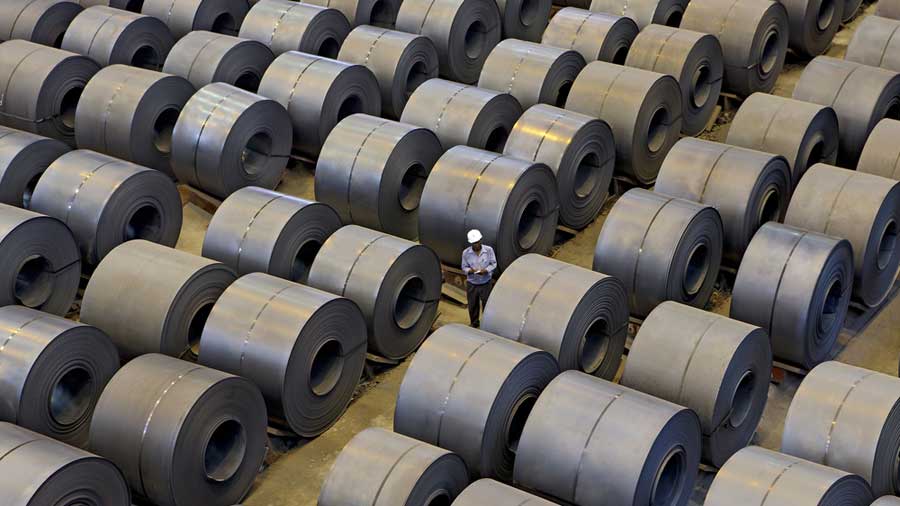 The Centre has decided to offload up to a 10 per cent share of public sector steel maker Steel Authority of India Ltd (SAIL) through the  offer-for-sale route, raising at least Rs 2,643 crore.

The OFS, which will hit the market on Thursday, will have a floor price of Rs 64 a share. The offer price comes at a 14 per cent discount to the closing rate on Wednesday. The government holds a 75 per cent stake in the PSU.

The Centre appears to be taking the benefit of the rally in the market, especially in the steel stocks. On the back of a record price of the alloy in the market and gross margin, the scrips have rallied. Over the last three months, the SAIL stock has more than doubled.

SAIL, along with Tata Steel, are likely to be the biggest beneficiaries of the steel boom as they are the only two companies who do not have to buy iron ore at the market price, having their own captive mines. Moreover, they also have coking coal mines, which partly meet their requirement.

The record margin also helped the company to strengthen the balance sheet of the company. SAIL has significantly reduced the net debt from a peak of Rs 52,290 crore  on April 30, 2020 to Rs 44,308 crore on December 31, 2020, down Rs 7,982 crore. The company, under the new chairperson Soma Mondal, says the efforts to deleverage further would continue.

The company may be aided by a further uptick in prices. While benchmark hot-rolled coil prices rallied by Rs 13,800 per tonne during October-December to reach an unprecedented level of Rs 51,000 per tonne, there may still be 6-8 per cent upside left. The bigger players have made it clear that more rounds of hikes are on the cards given that domestic prices are still 6-8 per cent cheaper than the landed price of imports.

“We expect steel prices to remain high in the January-March 2021 quarter with a sequential price hike of Rs 7,000-8,500 per tonne,” a study by rating agency Crisil noted.