The commodities range from soybean to auto-components, electronics to vegetable oil, leather goods to textile products 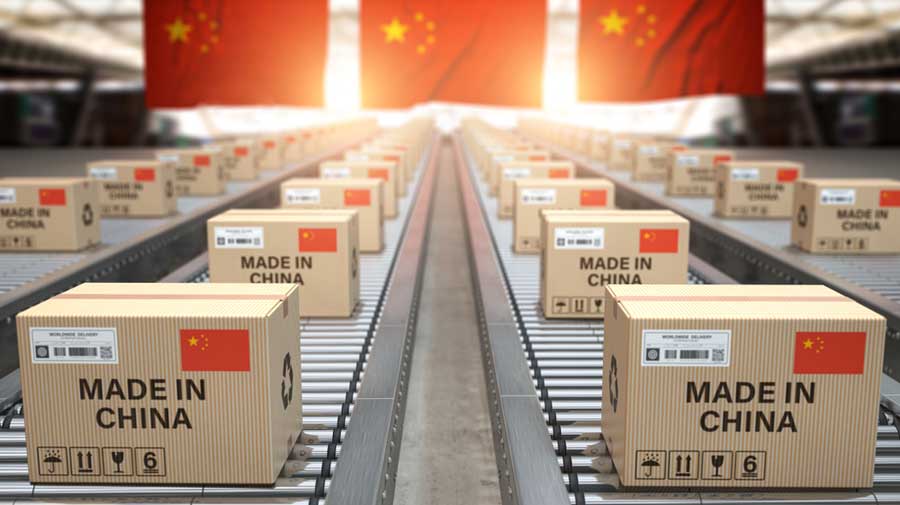 New  Delhi also plans to tighten its rules of origin to boost domestic production, senior commerce ministry officials said. They said many Chinese products are being rerouted from other countries taking advantage of India’s trade agreements with them.
Shutterstock
R. Suryamurthy   |   New Delhi   |   Published 21.12.20, 01:14 AM

The government plans to slap higher  import duties on a wide range of items that are made in China but are routed into India from countries with whom New Delhi has free trade agreements, meaning they are available cheaply at the expense of local manufacturers.

The items range from soybean to auto-components, electronics to vegetable oil, leather goods to textile products.

New  Delhi also plans to tighten its rules of origin to boost domestic production, senior commerce ministry officials said. They said many Chinese products are being rerouted from other countries taking advantage of India’s trade agreements with them.

This has resulted in the country’s market being flooded with counterfeit goods or cheaper-quality versions of well known brands in segments such as footwear, clothing, leather, watches and electrical equipment such as chargers.

An inter-ministerial committee has said “stringent checking” of identified HS codes items such as footwear, apparel, leather products, clocks and watches, electrical machinery and equipment could limit the import of counterfeit products and potentially save $15 billion.

It also found that between 20 per cent and 30 per cent of products imported into India come under the ‘‘other’’ category, accounting for around $130 billion of imports, and this is primarily done to avoid duties and taxes.

The committee also found a sharp surge in their imports from Singapore and Hong Kong after India imposed an anti-dumping duty on the import of the items from China.

“We have found re-routing of products originating mostly from China through countries with which we have FTAs to take advantage of lower duties. These include electronics, leather products and textiles,” officials said. In September, the government had notified customs rules which allow officials to demand proof of significant value addition for goods imported under preferential duty agreements.

The committee pointed that there has been a massive surge in soybean oil imports from Nepal and Bangladesh after the  South Asia Free Trade Area agreement or SAFTA.

There was a 23,500 per cent increase in soybean oil imports since 2016-17 despite the fact both countries have limited production of soybean, and limited capacity to crush it.

“Soybean from China was in this case being routed through Nepal or Bangladesh by flouting WTO rules of origin for getting duty exemption provided under SAFTA,” it said, stressing the need to review existing preferential trade agreements that have placed Indian manufacturers at a disadvantage position.

The Department of Revenue has notified the “Customs (Administration of Rules of Origin under Trade Agreements) Rules, 2020“ which came into force in September. These rules “shall apply to import of goods into India where the importer makes a claim of preferential rate of duty in terms of a trade agreement,” it said.

The “rules of origin“ provision prescribes for the minimal processing that should happen in the FTA country so that the final manufactured product may be called originating goods in that country.

Under this provision, a country that has inked FTA with India cannot dump goods from some third country in the Indian market by just putting a label on it. It has to undertake a prescribed value addition in that product to export to India. Rules of origin norms help to contain dumping of goods.

“Despite complaints from importers of red tape, we still find a considerable re-routing as the spike in electronics imports shows,” said finance ministry officials. The government is considering bringing in self certification under rules of origin to address genuine importer concerns, while enforcing random checks to see that rules are being adhered.

Finance minister Nirmala Sitharaman in her Budget speech had stated that the government would review “rules of origin” requirements, particularly for certain sensitive items,“so as to ensure that FTAs are aligned to the conscious direction of our policy”.

She had also said that it has been observed that imports under FTAs are on the rise and undue claims of FTA benefits have posed threat to the domestic industry and such imports require stringent checks.