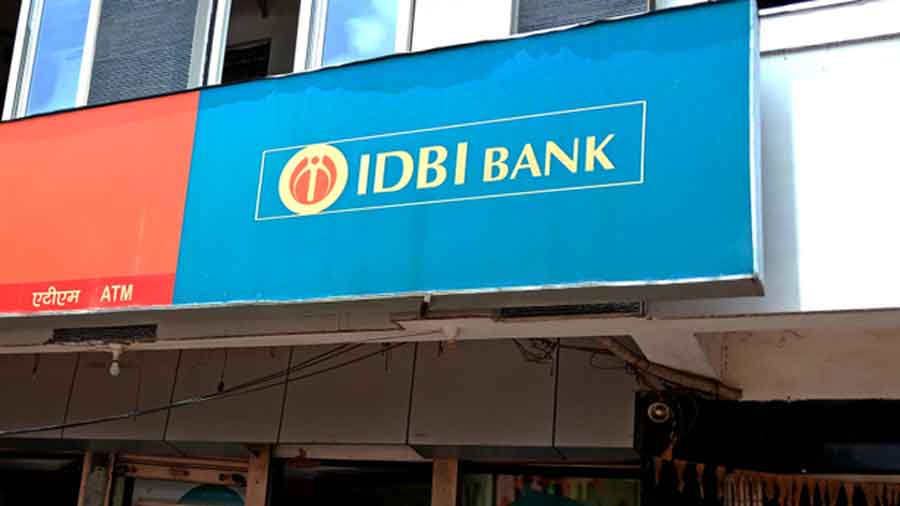 Nirmala Sitharam said the government has only cleared the proposal to privatise IDBI Bank so far
Shutterstock
Our Special Correspondent   |   New Delhi   |   Published 02.08.20, 03:58 AM

The government plans to sell its stake in IDBI bank in the current fiscal despite the tough market conditions, finance minister Nirmala Sitharaman said on Saturday.

She said the government has only cleared the proposal to privatise IDBI Bank so far. The government at present owns a 46.5 per cent stake in IDBI Bank.

In January 2019, LIC completed the acquisition of a 51 per cent controlling stake in the lender. The state-owned life insurer infused Rs 21,624 crore into the bank

“We are planning to exit our stake in IDBI Bank this year itself. It already has the cabinet approval,” a senior finance ministry official said.

In her Union Budget 2020-21 speech, the finance minister had said that the government would sell its entire stake in IDBI Bank to private players.
Out of the ambitious Rs 2.1-trillion divestment target for 2020-21, Rs 90,000 crore is expected to come from “disinvestment of government stake in public sector banks and financial institutions”.

This includes the planned initial public offering of LIC as well as stake sale of IDBI Bank.

Several government committees and the RBI have recommended that India should have not more than five state-owned banks.

The RBI had last year given 12 years to LIC to reduce its stake in IDBI Bank, accepting the life insurer’s argument that it is a long-term investor in the struggling bank.

This includes the planned initial public offering of LIC as well as stake sale of IDBI Bank.

On the state of the economy, she said it is definitely trying to come out of difficulty but would be difficult to get a complete picture at this point of time due to uncertainty around the pandemic. Value chains are getting disrupted due to containment zones in many parts of the country because of the pandemic, she explained.

She said the Prime Minister is speaking with various stakeholders on a regular basis to get feedback on the evolving situation and the government is keeping all options open to help support the economy. There are some kinds of green shoots but the government is cautious about these parameters, she said, adding that the economy is at a stage where every sector is trying to beat pandemic and revive.

"Hopefully this spirit will help revive the economy, and the government is willing to hear and keep all options open...RBI has reached out to the industry with liquidity, and other than just monitoring inflation it has also kept growth in mind. Economy will benefit from this," she said.