According to the monthly account up to June 2022 released by CGA, the receipts stood at Rs 5,96,040 crore 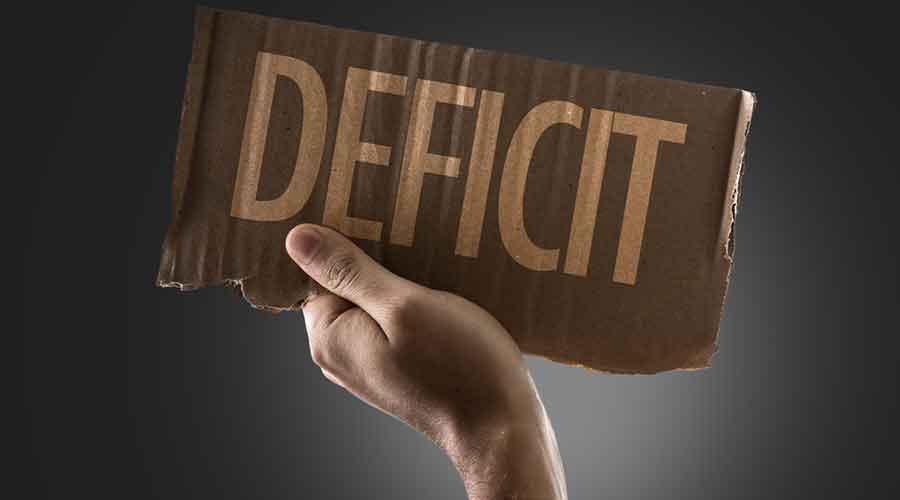 Fiscal deficit stood at Rs 3.51 lakh crore in April-June, accounting for 21.2 percent of the full-year target due to lower spending on subsidies and higher tax collection, data released by the Controller General of Accounts showed.

The output of eight core infrastructure sectors expanded by 12.7 per cent in June against 9.4 per cent in the year-ago period. The production growth of eight infrastructure sectors — coal, crude oil, natural gas, refinery products, fertiliser, steel, cement and electricity -- was 19.3 per cent in May 2022, the data showed. In June, the output of coal, refinery products, fertiliser, cement and electricity rose by 31.1 per cent, 15.1 per cent, 8.2per cent, 19.4 per cent, and 15.5per cent, respectively.

Aditi Nayar, chief economist, Icra, said the core sector showed “a fairly broad-based moderation to 12.7  per cent in June 2022 from 19.3 per cent  in the previous month, reflecting the normalising base, while mildly exceeding our forecast of 11-12 per cent.

In line with the moderation in the YoY performance recorded by most high-frequency indicators, we expect the IIP growth to ease to11-13 per cent in that month.”

“We expect industrial growth for the year to be closer to the 9-10 per cent mark in June,” Madan Sabnavis, chief economist, BoB, said.