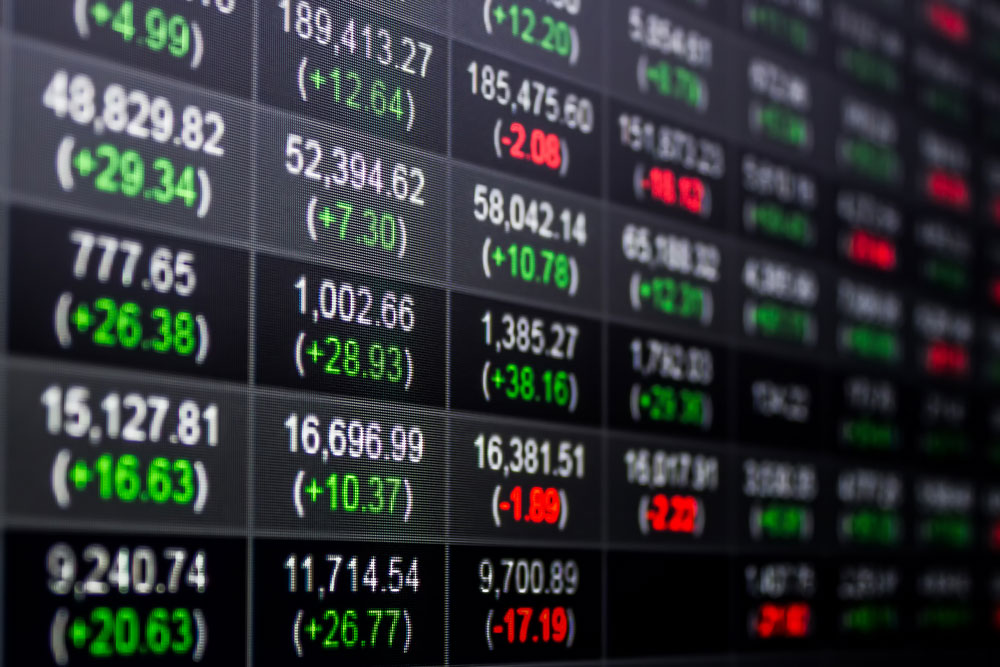 The bull euphoria was shortlived as stocks reversed course as investors sensed the market has fully factored in the exit poll forecast
(Shutterstock)
Our Special Correspondent   |   Mumbai   |   Published 21.05.19, 07:07 PM

The record rally on the bourses following the exit poll forecasts of an NDA win in the general elections came to an abrupt halt on Tuesday as investors rushed to book profits sensing limited upside in stocks.

After touching a record high in early trading on Tuesday, the Sensex fell 383 points, while the Nifty shed 119 points. Both the benchmarks catapulted to their largest single-session gains in 10 years on Monday following the exit poll forecasts.

The Sensex rose 1422 points and the Nifty 421 points. In percentage terms, the indices had logged their biggest one-day gain in six years.

Both the benchmark indices scaled new peaks in early trading on Tuesday, with the Sensex ascending to 39571.73 and the Nifty to 11883.55.

The bull euphoria was shortlived as stocks reversed course as investors sensed the market has fully factored in the exit poll forecast.

Sectorally, auto, telecom, metal, tech and banks were among the top losers.

In the Sensex pack, Tata Motors was the biggest loser, dipping 7.05 per cent, a day after the company posted a 49 per cent decline in March quarter profit.

Other major laggards were Maruti, IndusInd Bank, Bharti Airtel, Mahindra and Mahindra, PowerGrid, SBI and Tata Steel — losing as much as 3.25 per cent.

On the other hand, RIL, HUL and Bajaj Finance ended in the green, rising up to 1.08 per cent.

The rupee fell marginally by 2 paise to close at 69.72 against the dollar. Brent crude, the global benchmark, was trading at 72.01 per barrel, higher by 0.04 per cent.

Globally, bourses in Asia ended on a mixed note, while those in Europe were trading in the green in their respective early deals.

“Market gave up the gains after testing a new high as the positive sentiment on exit polls is gradually priced-in. Pre-election rally may continue if the election verdict comes in tandem with exit polls where quality mid and small caps will out-perform, Vinod Nair, head of research, Geojit Financial Services, said.

“Additionally, the downside risk in the market is likely to be protected in the near term supported by extension in economic reforms and pick up in earnings. On the other hand, the global peers are trading in a positive note with signs of ease in trade tensions,” Nair said. 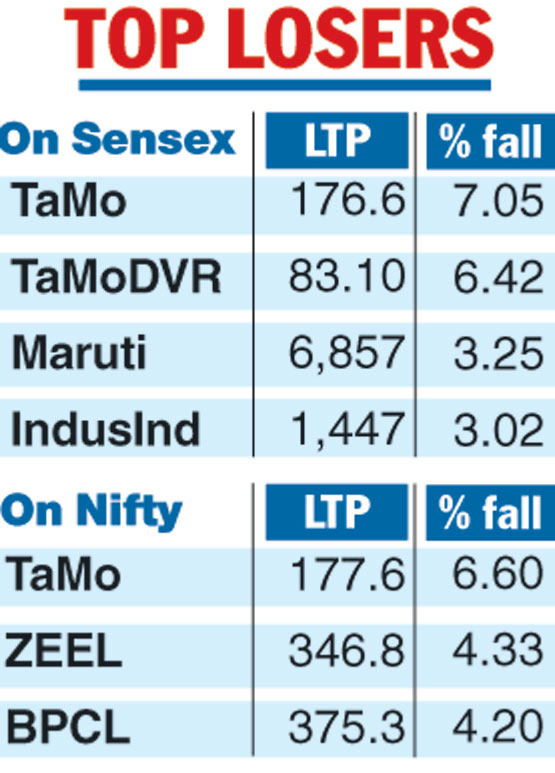