Musk has reportedly lined up new Twitter CEO, to take over Parag Agarwal 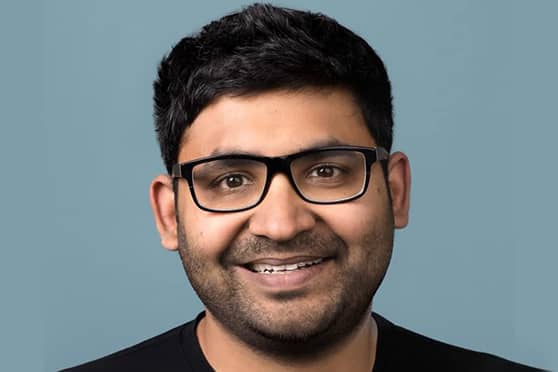 Elon Musk has reportedly lined up a new CEO to take over from Indian-origin Parag Agrawal, as Twitter co-founder Jack Dorsey’s name was making the rounds who quit in November last year to focus on his financial payments company Block, reports ndtv.com

Musk told Twitter's chairman Bret Taylor last month that he does not have confidence in the San Francisco-based company's management.

Musk, who has made a successful bid to acquire Twitter for $44 billion, will not make decisions on job cuts until he actually takes ownership of the micro-blogging platform.

He has told the bankers who will loan him the required money to acquire Twitter that he plans to develop revenue-growing features, and one of his examples is “charging a fee when a third-party website wants to quote or embed a tweet from verified individuals or organisations”, reports Reuters.

Parag Agrawal, who was named Twitter's Chief Executive in November, is expected to remain in his role until the sale of the company to Mr Musk is completed.

Agrawal, who will receive approximately $40 million if he quits or is removed from his position as Twitter CEO, has reportedly said that the senior executives “hadn’t even seen the plans for the company that Musk reportedly shared with bankers”.

Agrawal had told employees that there would be “no layoffs at this time”.

However, according to reports, one area where Musk may make job cuts is the company’s policy department.

Musk’s displeasure was reflected in his criticism of Twitter’s policy head Vijaya Gadde this week, over censoring exclusive stories related to US President Joe Biden’s son Hunter’s laptop in the wake of the Capitol Hill violence.

Meanwhile, Agrawal has said that “despite the noise” coming from Musk after his successful $44 billion takeover of the company, he and the entire team will continue to do the job to change Twitter for the better.

In a leaked audio clip where Agrawal can be heard talking to employees post the acquisition, he said that Musk will soon address their concerns.

“Once the deal closes, different decisions might be made. For us to gain insight into that, we’ll be finding a way to have Elon talk with all of you at the soonest possible opportunity,” Agrawal was quoted as saying.