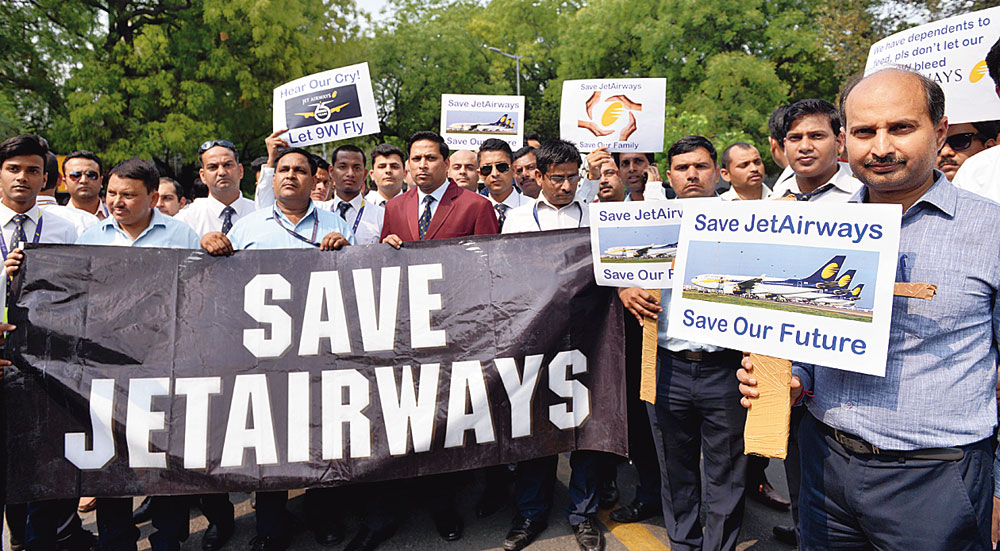 The government on Thursday asked airlines not to resort to predatory pricing after the grounding of Jet Airways’ planes led to a spike in ticket prices.

Spot fare data showed fares have hiked substantially in key sectors. Balu Ramachandran, head of air and distribution of Cleartrip, said, “For the first half of April, fares have been higher by 15 per cent compared with the same time last year. For last-minute bookings, fares are higher by 18 per cent on an average.

“Unless there is capacity induction, airfares for the busy summer travel season are expected to increase further,” he added.

Kharola said Air India has come out with special rescue fares for stranded passengers on 19 routes and asked other airlines to do the same.

Kharola’s assurance comes on a day the International Air Transport Association suspended Jet’s membership from its clearing house system with immediate effect, a move that is likely to impact the refund process to passengers.

The directorate-general of civil aviation (DGCA) has said it would seek a “concrete and credible” revival plan from Jet Airways as well as do its best within the regulatory framework to help the airline resume its operations.

The lenders to the ailing carrier on Thursday hinted that they were cautiously optimistic on finding a buyer for Jet Airways.

In an early morning statement ahead of market hours, the banks said they were “reasonably hopeful” that the bid process was likely to be successful.

While four bidders have submitted their expressions of interest, the process is expected to conclude on May 10.

The banks had earlier conveyed to Jet Airways that the bid documents had solicited plans for a quick revival of the company.

Meanwhile, the Bombay high court on Thursday refused to intervene in the Jet crisis, saying it cannot direct the government and the Reserve Bank of India to rescue a “sick company”.

“The lenders after due deliberations decided that the best way forward for the survival of Jet Airways is to get the binding bids from potential investors who have submitted EoIs and have been issued bid documents on April 16,” a joint statement from the banks said.