The breakthrough came late in the evening on Wednesday after days of hectic parleys, mostly through Zoom calls and WhatsApp messages, under the aegis of the district administration 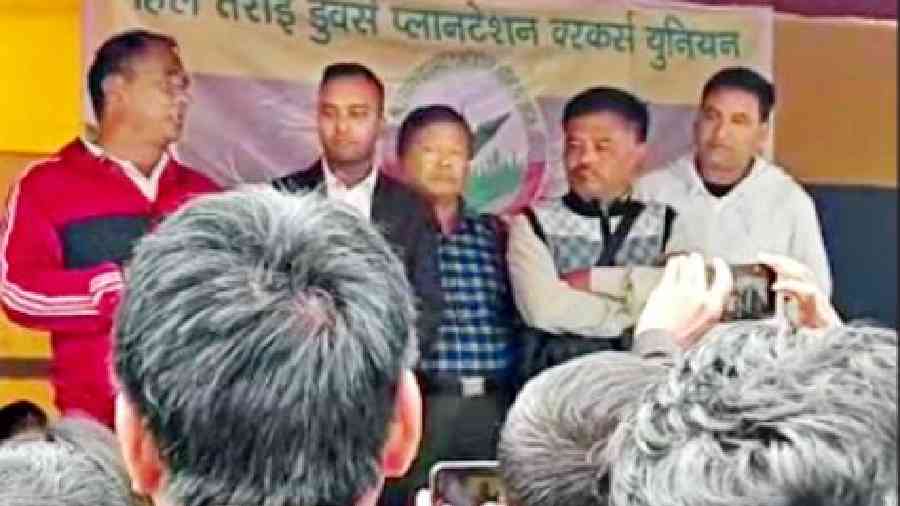 Ten Darjeeling tea gardens will resume their operations from Friday after the agitating unions and European owners reached an agreement to end the impasse surrounding the second largest tea producer in the hills.

The breakthrough came late in the evening on Wednesday after days of hectic parleys, mostly through Zoom calls and WhatsApp messages, under the aegis of the district administration.

The management of Darjeeling Tea Estates Private Ltd (DOTEPL) sweetened the initial offer by agreeing to clear the wages of two fortnights instead of one communicated earlier — and the unions also softened their stand.

DOTEPL produces about a million kg annually, accounting for about 15 per cent of the hill’s overall production.

“Following the decision, we have withdrawn the relay hunger strike today (Thursday). From tomorrow, workers will join their duties in all the 10 tea estates.

It is indeed a relief for the workers that the impasse has ended,” said J.B. Tamang, the president of the Hill Terai Dooars Plantation Workers Union of the Bharatiya Gorkha Prajatantrik Morcha, which is in control of Gorkha Territorial Authority.

Since August 13, around 7,000 workers in these estates, which include prominent gardens such as Ambootia and Happy Valley, had stopped working, alleging the management is not paying their dues.

Tamang said in a week’s time, representatives of the tea company will visit Darjeeling to discuss certain pending issues with the workers.

Rembert Biemond, the acting chairman of DOTEPL, lauded the effort of the unions, co-operation of the workers and support of the district administration.

“The key element is that work is restarting in the gardens — this is in the mutual interest of all stakeholders involved, be it the workers, unions, political leadership and the company. Tea harvested is the motor of sustainable solution and the essential element for prosperity. Tea harvested ultimately pays for the wages, after all,” Biemond told The Telegraph.

Production had come to a near standstill in the gardens, including Happy Valley and Ambootia, in the wake of pending wages which ran into four fortnights, and the situation was slowly slipping out of hand.

This made the Darjeeling district administration to act swiftly, calling the company for a meeting and asking to explain why the lease of the gardens will not be cancelled for failing to clear wages.

The workers, under the banner of HTDPWU launched a relay hunger strike, demanding that their dues should be cleared all at one go and rejected the offer of instalment payment.

The DOTEPL management sweetened the offer thereafter, provided the workers resume work immediately and the unions also agreed to it.

A tripartite meeting was held at Pintail Village – located in Siliguri outskirts where the management agreed to pay wages of two fortnights to the workers and one month’s salary to the staff and sub-staff on September 9.

Along with the DM, Anit Thapa, the chief executive of Gorkhaland Territorial Administration and Md. Rizwan, the additional labour commissioner (north Bengal zone), was present at the tripartite meeting, sources said.