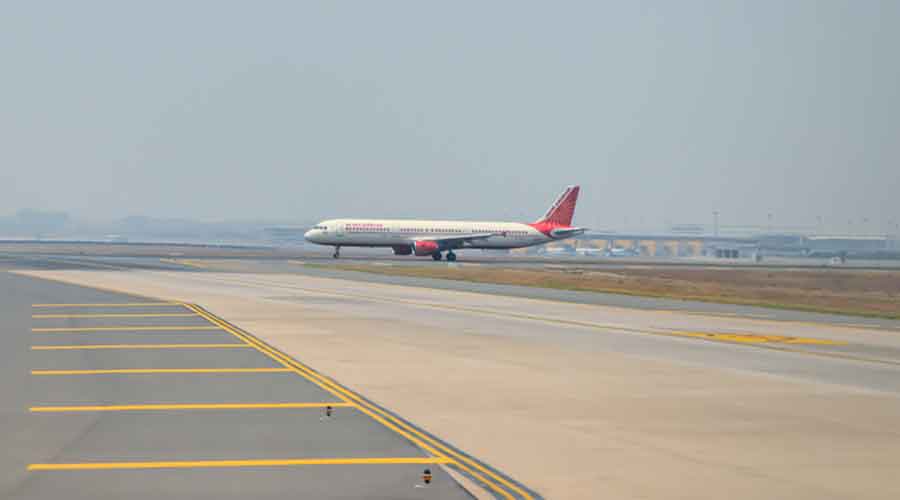 Indian carriers need as much as $2.5 billion to keep flying, according to estimates by CAPA Centre for Aviation
Shutterstock
Our Special Correspondent   |   New Delhi   |   Published 17.09.20, 03:59 AM

Airlines in India have sought at least $1.5-billion in interest-free credit from the government. The Covid-19 related lockdowns and restrictions have dragged their revenues down 86 per cent in the first quarter to Rs 3,651 crore from a year ago, civil aviation minister Hardeep Singh Puri said on Wednesday.

The carriers have also sought a deferment of loan repayments by six months without these borrowings being classified as “non-performing”, Puri said in a written reply to Parliament.

The airlines have asked the government to include jet fuel in the Goods and Services Tax and abolish excise duty on aviation turbine fuel, the minister said.

Indian carriers need as much as $2.5 billion to keep flying, according to estimates by CAPA Centre for Aviation; and one or more of the country’s airlines are expected to fail in the absence of additional funding from the government or their owners.

Scheduled domestic flight services were suspended in India from March 25 to May 24 because of the coronavirus-triggered lockdown. They were resumed from May 25 but in a curtailed manner.

Mission since May and under bilateral air bubble arrangements formed between India and other countries since July.