Shortly after disclosing the layoffs, the company announced that it has resumed production of the grounded 737 Max jetliner 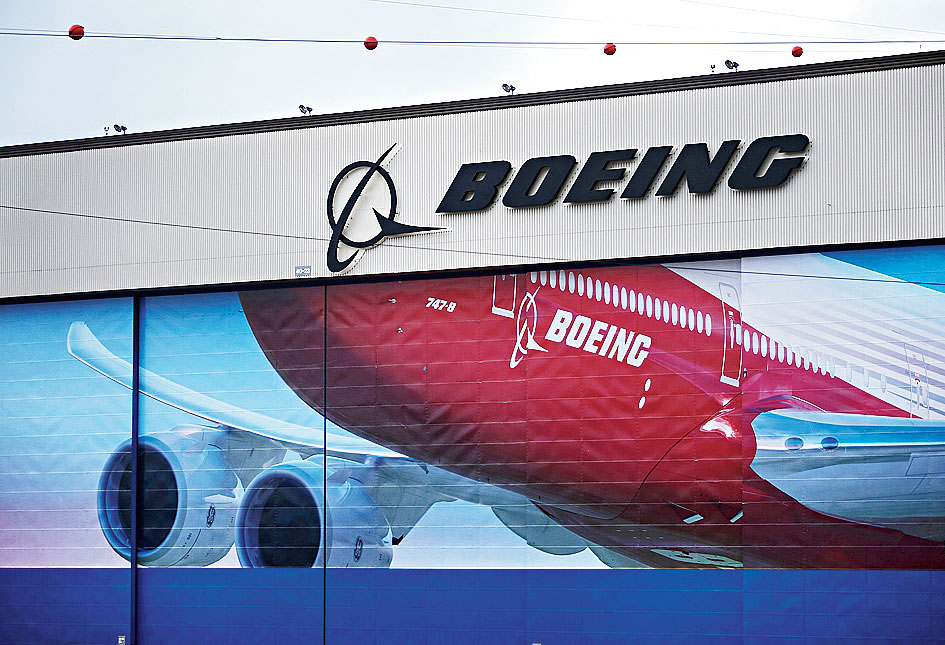 Boeing is cutting more than 12,000 US jobs through layoffs and buyouts as the coronavirus pandemic seizes the travel industry. And the aircraft maker says more cuts are coming.

Shortly after disclosing the job cuts, Boeing announced on Wednesday that it has resumed production of the grounded 737 Max jetliner. Two deadly crashes of Max jets pushed Boeing into a financial crisis months before the coronavirus squeezed global air travel to a trickle.

Boeing, one of the nation’s biggest manufacturers, said it will lay off 6,770 US employees this week, and another 5,520 workers are taking buyout offers to leave voluntarily in the coming weeks.

The company had said it would cut 10 per cent of a workforce that numbered about 160,000. A Boeing spokesperson said Wednesday’s actions represent the largest number of job cuts, but several thousand additional jobs will be eliminated in the next few months.

Nearly 10,000 of the layoffs and buyouts are concentrated in the Seattle area, home to Boeing’s commercial-airplanes business. The company previously announced more than 600 jobs cuts in Canada and Australia.

Chicago-based Boeing has reduced production rates on several airplane models in response to falling demand. The company’s defence and space division has remained relatively stable, helping offset the decline in air travel and demand for passenger jets. Air travel within the US tumbled 96 per cent by mid-April, to fewer than 100,000 people on some days. It has recovered slightly.

“The Covid-19 pandemic’s devastating impact on the airline industry means a deep cut in the number of commercial jets and services our customers will need over the next few years, which in turn means fewer jobs on our lines and in our offices,” CEO David Calhoun said Wednesday in a memo to employees.

It aims to resume limited service on June 15, but estimates that it may take three years for demand to get back to the levels of 2019, before the coronavirus outbreak grounded flights around the world and pushed the global economy toward a deep recession.

“We do it to make sure that easyJet not only survives through this period, but also comes out of this as a strong and competitive company,” CEO Johan Lundgren said.

Calhoun said the company faces the challenges of keeping employees safe and working with suppliers and airlines “to assure the travelling public that it can fly safe from infection”.

Calhoun warned that Boeing will have to adjust business plans constantly because the pandemic makes it hard to predict the impact on the company’s business.

Union representatives said they were still seeking details of the layoffs. About 1,300 members of the Society of Professional Engineering Employees in Aerospace, which represents Boeing engineers, had been approved for severance packages, including one week of pay for every year of employment, up to 26, according to the union.

“This is an extremely tough time for anyone working in aerospace, and certainly at Boeing,” said Bill Dugovich, a union spokesman. The union has been running webinars to explain Boeing’s severance programme and how to apply for unemployment, he said.

Boeing’s crisis began with two crashes of its 737 Max, which killed 346 people and led regulators around the world to ground the jetliner in March 2019. Company engineers have been working for more than a year and a half to fix flight-control software that played a role in the crashes, pushing the planes’ noses down repeatedly.

Federal regulators have not yet approved Boeing’s fixes, but on Wednesday, the company said workers at a factory in Renton, Washington, started assembling Max jets “at a low rate” under procedures designed to prevent spreading coronavirus.

Boeing executives expect to resume deliveries of the plane before October, which will give the company some much-needed cash.

The company’s problems have deepened with the coronavirus, which has cut global air traffic by up to 90 per cent and caused airlines to postpone or cancel orders and deliveries for new planes.

Boeing is a leading US exporter whose importance to the US economy has been highlighted by President Donald Trump. For many years, Boeing was the largest private employer in Washington state - even after the corporate headquarters moved from Seattle to Chicago in 2001 - and it continues to have an outsized impact on the state's economy.

Washington state was one of the first Covid-19 hot spots in the US and has suffered more than 1,000 deaths from the disease, according to numbers from Johns Hopkins University. Boeing temporarily shuttered jet-assembly plants in March after dozens of workers contracted the virus.

Boeing Company suppliers such as Spirit AeroSystems have already cut thousands of jobs.

European budget carrier easyJet and American Airlines both plan to cut large parts of their. Easyjet said Thursday that it will cut up to a third of its 15,000 employees.

American Airlines plans to cut its 17,000 management and support staff by 30 per cent, or about 5,100 jobs. That could include layoffs in October if there aren't enough takers for a buyout offer.