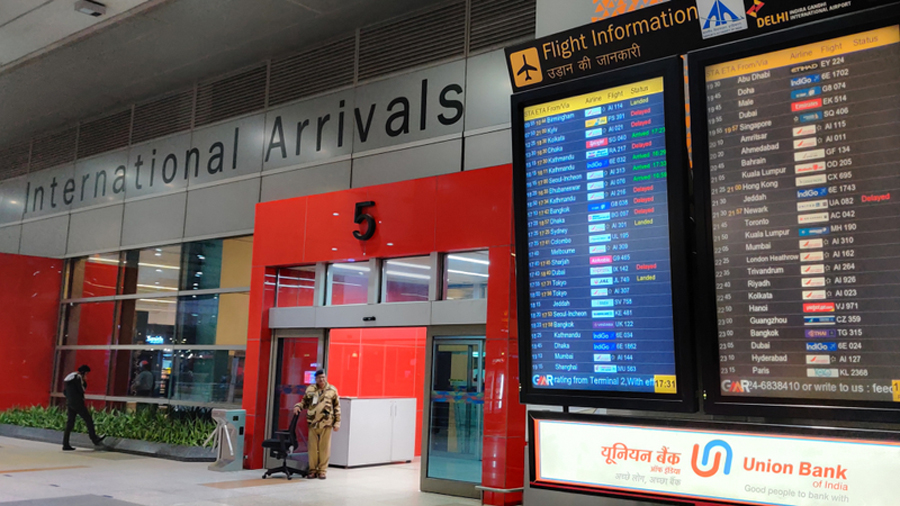 Airlines were of the view that the ministry should look at opening up the connectivity to the major hubs in South East Asia and West Asia.
Shutterstock
Our Special Correspondent   |   New Delhi   |   Published 16.12.20, 12:54 AM

The resumption of international flights was discussed with the airlines by the civil aviation ministry officials on Tuesday, but no decision has been taken.

During the meeting, the airlines pitched for looking beyond the air bubbles, which is being used to connect international destinations.

The meeting assumes significance as rapid progress has been made on the development of the vaccine to treat the coronavirus that has brightened the prospect of the opening up of global aviation and normality restored in the coming months.

Airlines were of the view that the ministry should look at opening up the connectivity to the major hubs in South East Asia and West Asia. They are  expected to be opened up sooner than the US or European destinations.

The ministry officials, however, pointed out the opening up of international travel would depend on several factors including the specific country’s norms.
Civil aviation regulator DGCA had recently extended the international flight ban till 31 December because of  the pandemic.

The restriction shall not apply to international all-cargo operations and flights specifically approved by the directorate general of civil aviation (DGCA). Anyone who wants to travel to foreign countries will have to depend on the air bubble arrangements. Under an air bubble pact between two countries, special international flights can be operated by the airlines of the respective countries between their territories.