The connectivity criteria have also been relaxed for remote call centre agents, in any location, to link with customers. 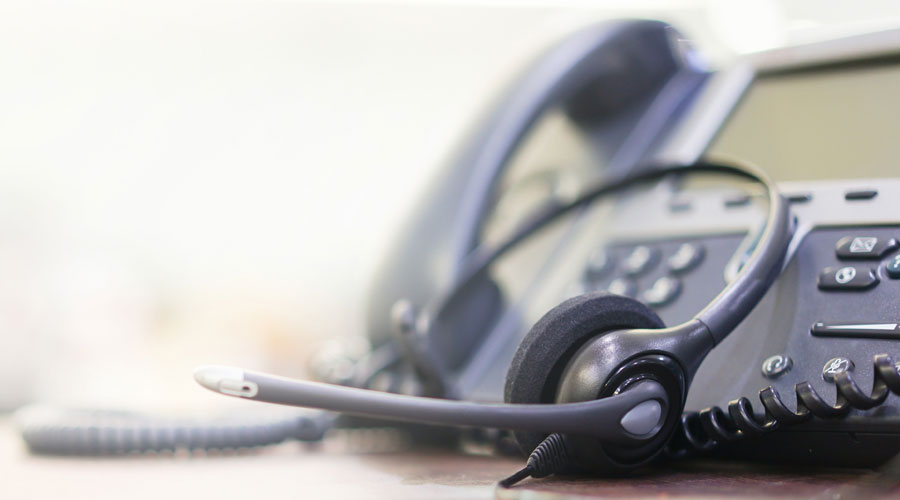 To cement India's position as a preferred global outsourcing destination, the government on Wednesday liberalised guidelines for voice-based BPOs removing the distinction between domestic and international units as well as permitting interconnectivity between all types of OSP centres.

Broadly, the rules would allow global companies, say an airline, with a voice-based centre in India to now serve global and domestic customers with common telecom resources, something that required dedicated, separate infrastructure previously.

Moreover, the restrictions on data interconnectivity between any BPO (business process outsourcing) centre of the same company, a group company or any unrelated company has been done away with, allowing for massive flexibility in resource management for BPO operations.

The connectivity norms have also been eased for remote call centre agents, in any location, to link with customers.

All in all, the measures would lead to major cost savings and significantly improve utilisation for BPOs, positioning India as a favourable hub for IT-enabled service operations.

"In order to encourage our BPO industry, OSP guidelines that were liberalised in November 2020 have been simplified even further, offering greater ease of business and regulatory clarity. This will further reduce compliance burden and help our tech industry," Prime Minister Narendra Modi tweeted.

While OSPs will have to self-regulate their operations and there is no requirement to submit reports to the telecom department on a routine basis, players will have to maintain call data record, usage data record and system log for all customer calls for a stipulated period, and abide by data security norms.

These liberalised guidelines for other service providers (OSPs) would benefit BPO organisations giving voice-based services, in India and abroad.

The distinction between domestic and international OSPs has been removed. A BPO centre with common telecom resources will now be able to serve customers located worldwide, including in India.

With the removal of the distinction between domestic and international OSP centres, the interconnectivity between all types of such centres is now permitted, according to the new guidelines.

"Remote agents of OSP can now connect directly with the centralised EPABX/ EPABX of the OSP/ EPABX of the customer using any technology including broadband over wireline/ wireless", an official statement said.

It added that there will be not restriction for data interconnectivity between any centres of the same company or the group company or other company. This would allow increased flexibility in sub-contracting of work by BPO to smaller players.

Electronic Private Automatic Branch Exchange (EPABX) of the players can be located anywhere in the world. Companies apart from utilising EPABX services of the telecom service providers can also locate their EPABX at third party data centres in India, it said.

"The guidelines issued today are revolutionary in nature and will make India a favourable destination for expansion of voice-related BPO centres," Communications Minister Ravi Shankar Prasad said in a briefing.

India's IT-BPO industry stood at USD 37.6 billion (about Rs 2.8 lakh crore) in 2019-20 providing employment to lakhs of youths in the country.

The Indian BPO industry has the "extraordinary potential" to rise to upto USD 55.5 billion (Rs 3.9 lakh crore) by 2025, the minister said.

"This was largely possible due to the industry's ability to work remotely and majorly enabled by the Government of India's relaxations of work from home requirements under the OSP regime, first temporarily, in March 2020 and then complete reforms under the new guidelines in November 2020," the official release said.

In November last year, the government had announced simplified guidelines for BPOs and ITeS companies to reduce the compliance burden on them and to facilitate 'Work From Home' and 'Work From Anywhere' framework.

The changed rules for OSPs at that time had sought to create a friendly regime for 'Work from Home' and 'Work from Anywhere', and had also removed frequent reporting obligations for such companies.

The move had been dubbed significant by the industry which was asking for relaxations for 'Work From Home' to continue on a permanent basis, as the sector hoped to slowly move towards a blended working model, amid COVID-19 triggered 'new normal'.

A study by industry body NASSCOM has found that over 72 per cent of the respondents surveyed were highly satisfied with the past OSP reforms.

As many as 95 per cent of the respondent said it helped in reducing the compliance burden and cost of doing business in India, and an overwhelming majority felt it will help in making IT services more competitive globally.