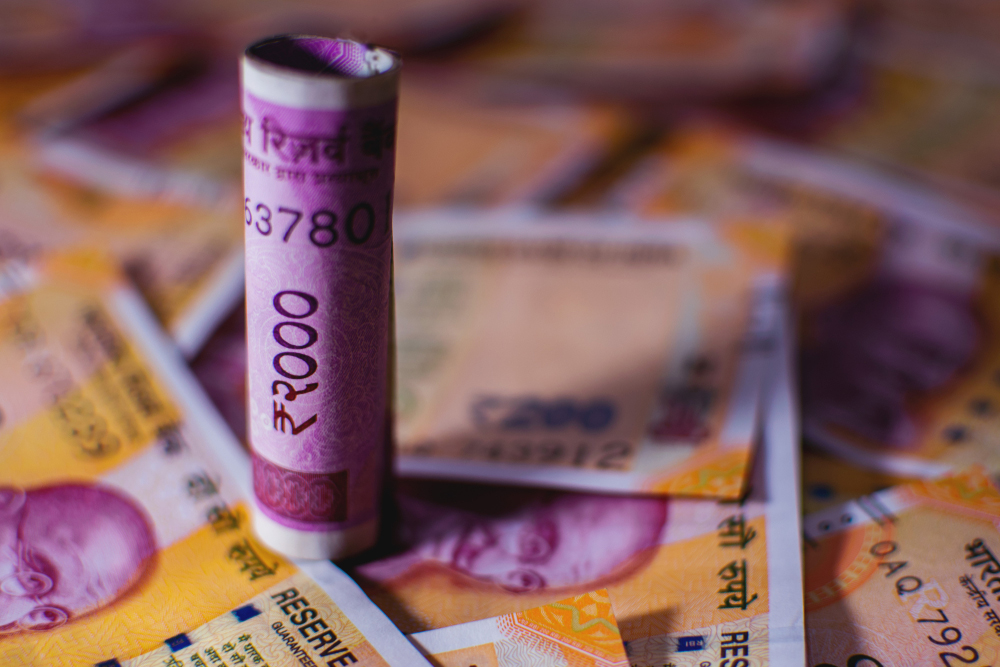 Gross government borrowing in the first half of 2019-20 is expected to shoot up 57 per cent compared with a year ago as the Narendra Modi-government copes with higher debt pressure even as it seeks funds to meet the incentives announced in the interim budget.

The government on Friday said it planned to borrow Rs 4.42 lakh crore between April and September, equivalent to raising Rs 17,000 crore per week.

Gross borrowing for the year is set at Rs 7.10 lakh crore, while net borrowing will be Rs 4.23 lakh crore.

The planned gross borrowing for fiscal 2020 is the highest in at least nine years as Prime Minister Narendra Modi offered cash support to a section of farmers and a cut in taxes for individuals whose annual income is below Rs 5 lakh in the interim budget.

Finance secretary Subhash Chandra Garg said “the government will complete 62.3 per cent of its budgeted gross borrowings in the first six months of the next financial year”.

Generally, the government completes close to 60 per cent of its borrowing requirement in the first half of the financial year, when liquidity conditions in the domestic economy are easier. 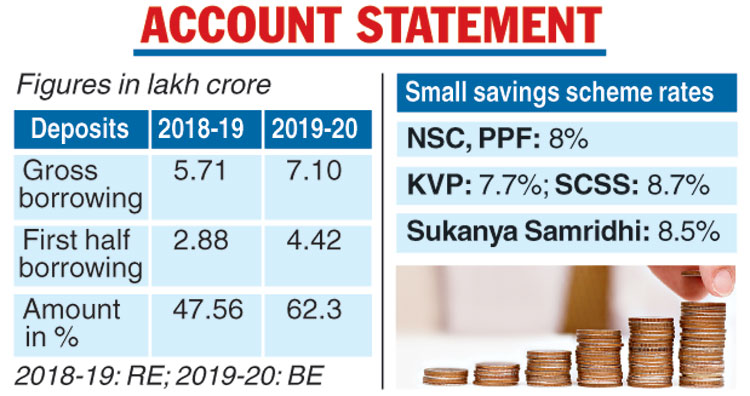 However, the borrowing was pushed back last year as market conditions were adverse and yields were high.

Soumyajit Niyogi, associate director, India Rating and Research, said, “As expected, the government will complete about 60-62 per cent of its borrowing in the first half.

Borrowing via longer tenor bonds is higher and state development loans are also substantial. Supply side pressure will push up long-term bond yields.”

Analysts said redemption pressure was one reason why gross borrowing in 2019-20 was set at Rs 7.10 lakh crore, even though net borrowing remains stable.

According to the medium term fiscal policy statement released as part of the interim budget, the government has budgeted repayments of Rs 2,36,878 crore in 2019-20.

Garg said the government would announce a calender for “debt switches” that allows it to change the maturity period of its borrowings and defer its repayment.

The fiscal deficit has touched 134.2 per cent of the full-year revised budgeted estimate at the end of February 2019, mainly because of tepid growth in revenue collections, official data showed Friday.

In absolute terms, fiscal deficit for April-February 2018-19 was Rs 8.51 lakh crore against the revised estimate (RE) of Rs 6.34 lakh crore for the entire year, according to Controller General of Accounts data.

Garg told reporters the government was committed to restrict the fiscal deficit at 3.4 per cent of GDP for the current fiscal as envisaged in the budget.