Battle of wills spins on 1260 shares

The Birla family has contested the probate of the purported will 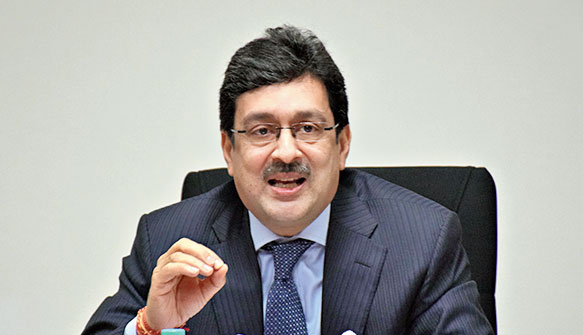 The battle between the Birlas and the Lodhas for control over the MP Birla empire took a curious turn on Tuesday after the court-appointed administrators of the estate of late Priyamvada Devi Birla exercised their voting rights over just 1,260 shares at a tense annual general meeting of Birla Corporation.

The committee of administrator pendente lite (APL) overseeing the affairs of the estate cast its vote on the minuscule block of shares — representing a mere 0.001 per cent of the outstanding shares of Birla Corp which Privamvada Birla held in her personal capacity and is now part of the estate — on the seven resolutions that were placed before the company’s shareholders.

This tiny block of shares is at the heart of the battle between the Birla and the Lodha families that stems from the late Priyamvada Devi Birla’s controversial will.

The APL committee, which was voting on the basis of a majority decision of its three members, had recently argued that the estate had control over the entire 62.9 per cent promoter holding of Birla Corp, which has a market capitalisation of close to Rs 4,500 crore.

The Lodha camp has contested the claim, arguing that the estate has effective control over only 16.04 per cent of the shareholding in Birla Corporation because of crossholdings through a clutch of five investment companies.

A division bench of Calcutta High Court had appointed a three-member APL committee in 2012 to administer the estate of the late Birla matriarch after the battle for control of the group had erupted.

While the Birla and the Lodha camps nominated one member each, the high court appointed the third member.

A.C. Chakrabortti, the Birla nominee member on the APL committee, attended the AGM and spoke during the proceedings.

“The APL committee was appointed by the Calcutta HC for protection and preservation of the assets of Priyamvada Devi Birla until the probate court decides on the disputed wills and the ultimate beneficiaries. According to the court decision, 62.9 per cent of the shares are held by the estate directly or indirectly. The title to the estate has yet to be decided. We think that the company is part of the estate and we have some definitive authority to add value. If we find something undesirable, it is our right to say no,” Chakrabortti said at the meeting.

Harsh Lodha had been appointed as the director of Birla Corp two years ago with the approval of the APL committee when he gave an assurance that he would abide by all its decisions.

However, Chakrabortti said that ever since Harsh had been appointed as director, “at every step we found divergence and differences”.

Harsh Lodha responded: “I will refrain from making any comments. Barima (late Privamvada Birla) held 1260 shares in the company and you represent those shares. Whether you can control other shares or not is before the court and I will not comment on that.”

The Birla family has contested the probate of the purported will. The matter is being heard by the Calcutta High Court.

In the intervening 15 years since Priyamvada Birla’s death, the two sides have filed more than 100 cases against each other before various judicial fora.

N.G. Khaitan, counsel for the Birla family, claimed that subsequent court orders suggested that the estate controlled the entire 62.9 per cent promoter holding in Birla Corp.

“Counsel for Lodha had accepted this fact in various affidavits in the past. But today, they say the estate controls only 16 per cent. So, who controls the rest,” he asked.

Debanjan Mandal, counsel for Lodha, said his client had contested the “fractured decision” of the committee by filing two cases.

“It was the decision of two members and it ran contrary to the court mandate. Nothing is decided unless the court process runs its course. We have full faith in the judiciary,” Mandal said.

The Lodha camp claimed the court had clearly ruled that the three members would act as the “joint administrator” even though clarifications had been sought more than once whether the committee could arrived at decisions based on majority. The Lodhas believe that the committee’s decisions must be unanimous.

The committee had decided by a majority to vote against a Birla Corp resolution fixing the remuneration of Lodha, overruling the dissent of M.K. Sharma, the Lodha group’s nominee.

A petition has been filed from the Birla side to give effect to the recommendations of the committee.

The high court did not grant the relief. In an interim order, HC said voting result of those resolutions could not be published until further order.

Lodha tried to draw a distinction between the board and shareholder. “The company is distinct from the shareholder. The board of directors is supreme as far as the decision is concerned, unless there is a veto right or some sort of a right provided in the articles or by the agreement,” he said.