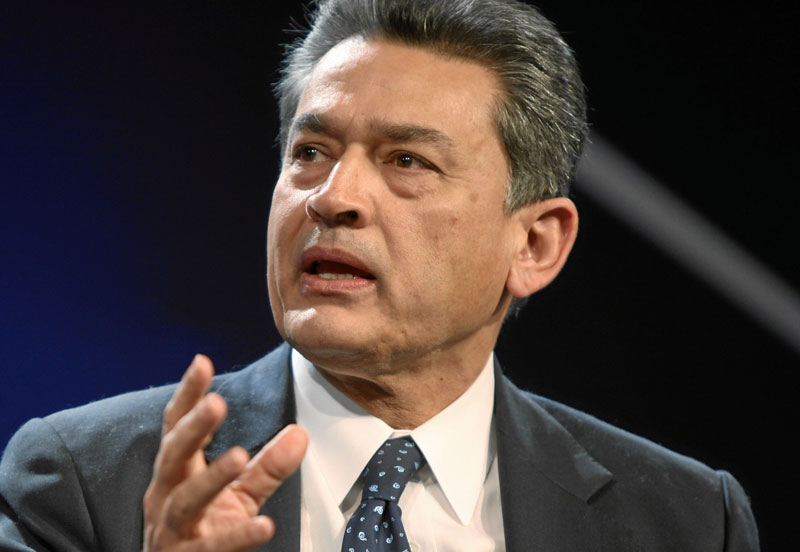 Rajat Gupta, the India-born former managing director of McKinsey, believes that not testifying at his high-profile insider-trading trial was a “bad call” and regrets not taking the stand in his defence.

Gupta’s memoir Mind Without Fear that released on Monday tells of his dramatic rise to the top of the corporate and financial world in America and then his fall after being charged in 2012 in one of the largest insider-trading cases in the US.

“I always believed that I should testify and I kept telling this to my lawyers. Till the very last weekend (of the trial) I was going to testify,” Gupta, 70, told PTI in an interview.

The former director of Goldman Sachs said he had been telling his lawyers to prepare him to testify in court.

“Here were my lawyers, my advisers who are supposed to be in my interest. Right? They kept saying don’t testify.”

Throughout his life as a consultant, Gupta said, he has given advice to clients and they had listened to him. “The situation was reversed. I was the client. So in the end I succumbed to their arguments. I felt it was a moment of weakness. I feel very badly about it that I didn’t testify.”

Gupta was in 2012 found guilty of passing confidential boardroom information to then hedge fund founder Raj Rajaratnam, who is now serving 11 years in prison for insider trading.

One such information the prosecutors alleged Gupta had shared with the Sri Lanka-born Rajaratnam in September 2008 was about Berkshire Hathaway’s $5-billion investment in Goldman Sachs.

The prosecutors said Gupta participated in the Goldman Sachs board meeting via telephone and then 16 seconds after the call had ended, he had called Rajaratnam’s direct office line at the Galleon Group hedge fund.

Gupta maintains that he did not pass any inside information to Rajaratnam and said it was routine for him to make phone calls after board meetings.

Gupta pointed out that Goldman chairman and chief executive Lloyd Blankfein had admitted during the trial that he too made phone calls after board meetings.

“The fact that I called him (Rajaratnam) after 16 seconds has no particular meaning. It’s just the normal procedure,” he said.

“All I can remember” about the call, Gupta says, was that he had been trying to contact Rajaratnam for information about his account related to the Voyager investment.

At the trial Gupta’s lawyers had presented evidence that Rajaratnam had cheated Gupta out of $10 million in the Voyager investment.

Gupta said he had called Rajaratnam on the morning of that September day and spoken to him for several minutes because he needed some information about the Voyager account, which Rajaratnam was not giving.

He said he had been “exasperated” trying to get the Voyager information from Rajaratnam. “That I remember clearly,” he said. “After the board meeting, I called my secretary. If I were to pass inside information to Raj, I would have called him directly. I didn’t. I called my secretary. I said ‘Did Raj send the information’. She said no. I said ‘Get me Raj’,” Gupta said, explaining the circumstances of his call to Rajaratnam after the Goldman board meeting.

Gupta said that since the case began four years later, he didn’t even remember whether he was able to connect with Rajaratnam over phone that day.

“I don’t know whether it was just his secretary or he was there or what. Because I don’t remember any conversation,” he said.

Had he testified at his trial, Gupta added, he would have definitely shared all the details with the jury.

Gupta replied “of course” when asked if he felt he had been wrongly convicted. “The fact that I appealed every step of the way should tell you that I am not an insider trader,” he said.

He pointed out that insider trading involves three things — there has to be evidence that one passed insider information; there has to be a quid pro quo and that the person giving inside information has to have a significant benefit. “(The prosecutors) demonstrated nothing of the second two. They had circumstantial evidence, just connecting the timing. But there is no real evidence,” he said.

In January this year, Gupta had suffered a setback when the Second Circuit Court of Appeals rejected his bid to throw out his 2012 insider-trading conviction, affirming a lower court’s ruling in the case.

Gupta had argued that he served time in jail for conduct that is not criminal even though the government lacked evidence to show he “received even a penny” for passing confidential boardroom information to Rajaratnam.