Face to face with Raj in prison 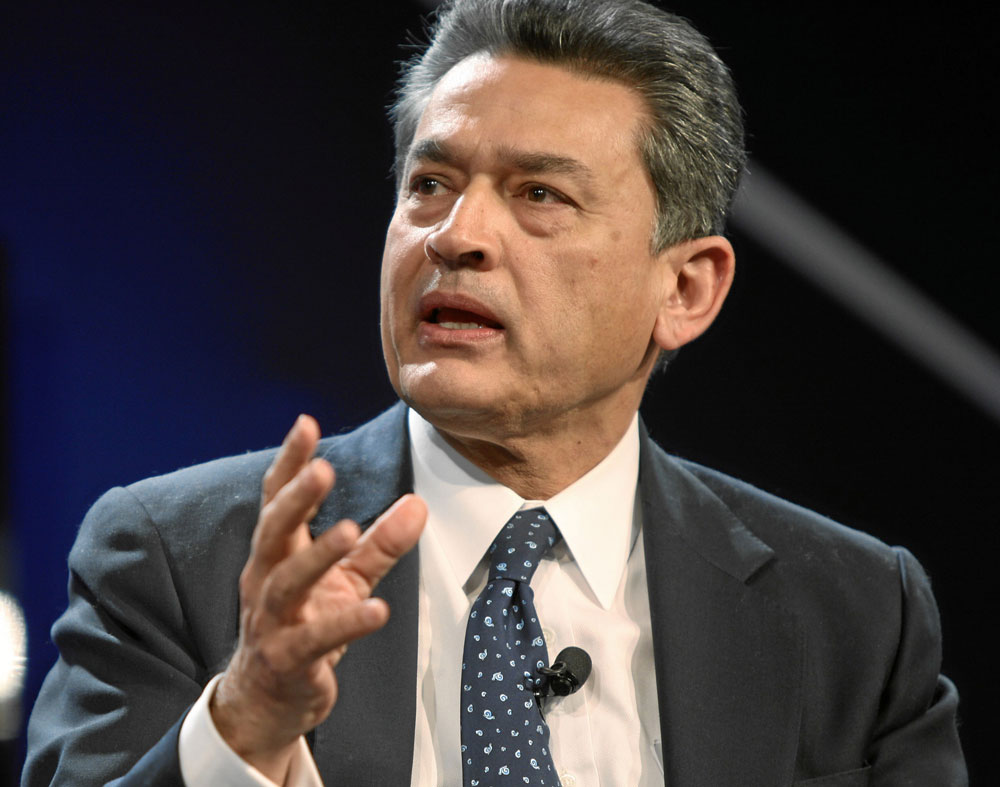 Rajat Gupta had been moved to a larger part of the prison when he came face to face with his nemesis, Raj Rajaratnam.

Rajaratnam, a disgraced hedge fund manager, had not always been Gupta’s nemesis. For a long time, they were close — so close that a jury was convinced Gupta had slipped him boardroom secrets so that Rajaratnam could trade on inside information.

Gupta — once a member of the financial elite as the head of McKinsey, a board member of Goldman Sachs and an adviser to Bill Gates — had been convicted of securities fraud in 2012 as part of Rajaratnam’s insider-trading ring. He was sentenced to two years in prison. And he had come to blame his plight on his former confidant. Now both men were locked up in the same federal prison in Ayer, Massachusetts, and they suddenly found themselves staring at each other.

Gupta, in his first interview since being released from prison three years ago, recalled the moment when he walked over to Rajaratnam on the prison grounds.

The two men strolled around the grounds. Then something weird happened.

“I forgave him,” Gupta said.

Today Gupta, a business pariah after the exposure of his stunning breach of corporate trust, not to mention his status as a convicted criminal, wants forgiveness, too — or at least to tell his side of the story.

The playbook for these sorts of attempted returns to public life is well established: Express contrition, forgive your tormentors, espouse the hard lessons learned.

That is not Gupta’s approach. He is aggressively unrepentant. He maintains he is innocent despite the jury verdict against him on three counts of securities fraud and one charge of conspiracy. (He was found not guilty on two other counts.)

Gupta’s book, Mind Without Fear, to be published next week, tells the story of how his career unravelled. It is a propulsive narrative filled with boldfaced names from business and politics. At times, it is a dishy score settler.

Gupta never testified at his trial, a decision he said he regretted. While he gives a full-throated self-defence in the book that is fuller than the one the jury heard, much of the outlines were already heard — and rejected — in court.

The book requires the reader to suspend disbelief in the judicial system. Some readers may sympathise with him while others may find his arguments unconvincing.

Gupta recounts virtually every scene in the past decade of his life, from the moment he learned that he was under investigation (he got a phone call from the general counsel of Goldman Sachs while he was in line at airport security) to when he was released from prison.

The closest Gupta comes in the book, or in his interview with me, to acknowledging any error on his part is when he notes that he shouldn’t have trusted Rajaratnam and that he spoke a little too loosely when he discussed Goldman’s corporate secrets on a phone call that the FBI secretly recorded.

Gupta, it seems, spent his time in prison trying to make the best of his circumstances — and occasionally hanging out with Rajaratnam. “We played Scrabble in prison together. We played chess. We had breakfast together,” he told me. Most of their conversations were about “prison stuff, you know?” “Sometimes we’d talk about Preet Bharara,” Gupta added.

Bharara was the crusading US attorney for the Southern District of New York who prosecuted both Rajaratnam and Gupta. Rajaratnam, who was sentenced to 11 years in prison, “was obviously quite mad at him”, Gupta said.

Gupta is mad at Bharara, too. His book is filled with critical asides about Bharara and what Gupta believes was his prosecutorial overreach. “Go after the hedge funds and their circle, play up the story in the press, and maybe no one would notice that the big banking executives were continuing to walk free,” he wrote.

“That I, like many of those guys he targeted, was a fellow Indian only burnished his tough-guy aura.”

There is a reasonable argument to be made that Bharara didn’t do enough to pursue criminal cases against Wall Street executives and others responsible for causing the 2008 financial crisis. But it is pretty rich for Gupta — who spent years at the top of the Wall Street pecking order — to use that critique to cast himself as a victim.

The case against Gupta revolved around the day in the fall of 2008 when Warren Buffett agreed to make a crucial investment in Goldman Sachs, bolstering public confidence in the firm when such confidence was in dangerously short supply.

Sixteen seconds after Goldman’s board finished discussing Buffett’s soon-to-be-announced investment, Gupta called Rajaratnam. Rajaratnam then started buying Goldman shares. Explaining the well-timed purchases later in a taped phone call, he said he had heard “something good might happen to Goldman.”

Rajaratnam was never charged with crimes surrounding that Goldman trade; he was convicted of making other trades using illicit information. Unlike conventional insider tipsters, Gupta was never paid directly by Rajaratnam for spilling secrets.

Instead, prosecutors told the jury, Gupta received other benefits or would in the future.

Gupta insists that the prosecution’s narrative is wrong. He says that he doesn’t remember speaking to Rajaratnam after the Goldman board meeting — maybe, he says, he spoke to his secretary — and that, if he did speak to Rajaratnam, he certainly didn’t divulge the pending Buffett news.

Now that he has served his two years in prison, Gupta wants to restart his life. He has been spending time with his family and doing some consulting work in India. He has not reconnected with many of his former friends and colleagues in the business world.

“I didn’t want to put them in a difficult position,” he said.

Gupta said he had learned some valuable lessons over the past decade: “Don’t get too attached to anything — your reputation, your accomplishments or any of it. I think about it now, what does it matter? O.K., this thing unjustly destroyed my reputation. That’s only troubling if I am so attached to my reputation.”

In the spirit of forgiveness, he said, he still has respect for Rajaratnam.

“I have to give him an extraordinary amount of credit,” Gupta told me near the end of our conversation. “Because he could have easily testified against me, made something up.”

Andrew Ross Sorkin, a columnist for The New York Times, interviewed Rajat Gupta for CNBC recently. This is Gupta’s first interview since being released from jail in 2016.